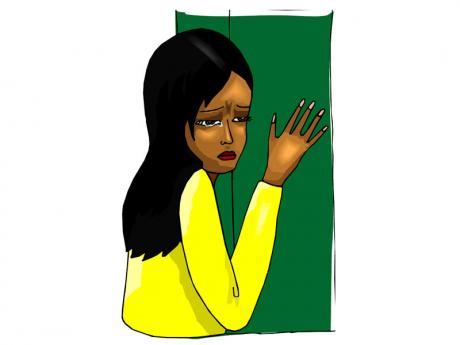 Hi, Doc. Could you give me some good advice about my boyfriend? We love each other, but recently, things have not been too great while 'in the sack'. We first had sex a year ago, and to begin with, everything was lovely. I had no idea that sexual intercourse could be such fun! My doctor had put me on the Pill, so I didn't have to worry about pregnancy. But three months ago, everything changed. I think it was after my boyfriend had been watching some 'blue movies' on the Internet. I did not watch them because I did not feel it was right to do so. Well, suddenly he wanted to try all sorts of things that we had not done before. I did not like them, but he said they were normal. So he insisted that we keep on trying them. To be specific, doctor, what he wanted to do was to: Climax on my belly, instead of inside me, which is what I regard as the normal way; Discharge on my face; Ejaculate over my breasts. So we have had several fusses about all this. He says that all the girls are doing the activities I have just mentioned, but my friends say that they don't agree to do these things. Your fatherly advice would be helpful.

I do not think the guys who churn out these films know very much about normal human sexuality! I say that because of the fact that the scenes which they create don't usually bear any relation to the sex lives of normal healthy young people.

In particular, the film-makers nearly always insist that the 'hero' must ejaculate (climax) outisde the heroine - instead of inside her vagina - which is (as you say) the normal way that is practised by millions of people all over the world.

Why do they insist on this? It is because they believe that if the man is not seen to ejaculate, then the viewers will think that the sex is not real or didn't really continue to an orgasm. That is the simple reason why these films always include a shot of a guy climaxing and depositing his fluid over some part of the woman's anatomy like her belly, or bottom, or breasts, or face.

I can assure you that in the real world, the vast majority of couples want to finish the sexual act with the man climaxing inside the woman's vagina. Admittedly, they may try the other activities sometimes, but in general, the object of the exercise is to get sperm as far up the lady's vagina as possible.

Please show your boyfriend what I have said. I hope he will then see sense. But if he tries to insist on always climaxing on various areas of your skin, I fear that the future of your relationship may not be too great.

Doc, four months ago I started on the Pill. Now, I keep getting bad migraine headaches in which I see flashing lights and zig-zags. Is it OK to continue the Pill?

A No! This is one of the fairly rare instances where a female should definitely not take the Pill.

You're having what is called migraine with aura, and that is a big contra-indication to continuing with the oral contraceptive. To carry on might make you liable to having a stroke.

So please stop the Pill now. Ask your doctor to put you on some other kind of contraception.

Is smoking bad for a guy's nature as I have heard?

A Yes. The nicotine in tobacco smoke narrows the channels that carry blood to the penis. Therefore, it becomes more difficult to achieve an erection.

This is not an immediate effect, but over the years, smokers tend to be more likely to get erectile dysfunction than non-smokers are.

So, if you value your potency, you would be well-advised to give up smoking!

I am 21, and my fiancé and I have sex around four times for the week. I have quite heavy menses, so I asked a doctor if I could have that Mirena coil you mentioned, but he said that I was too young, and that it is really for older women who have had babies.

A That is correct. Mirena is the hormone-loaded coil, also known as the IUS, which is short for intra-uterine system.

It is a good contraceptive, and it does reduce period flow - which is often helpful - but it is mainly used by women aged over 30, and especially by those who have had children. That is because of the fact that childbirth makes the channel through the cervix wider. Therefore, it is easier to insert the device.

However, a new form of IUS has recently been invented. It is slightly smaller than Mirena, and it should, therefore, be more suitable for young, childless women.