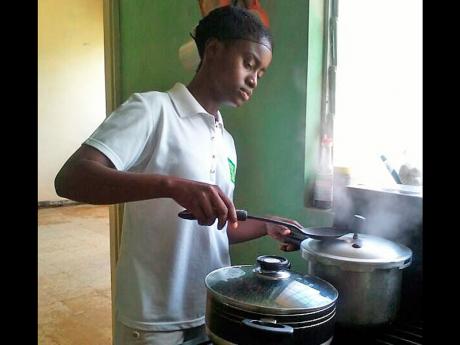 Mandeville, Manchester:Having lived in the island for approximately 13 years and having tried her hand at several undertakings, proprietor Johanna Denny could be classified as a 'Jamaicayanese' with a passion for her work and much to offer.

Her business, Events Products & Services, started out as a graphics company but gradually grew to provide bulk SMS services to businesses, and later, food.

"At the time I began this, I was confused. I didn't know exactly what I wanted to do, but I stuck with the graphics for 10 years. I used to tell possible clients that if they allowed me to design something, I would use the 555 text-messaging service to promote their business for free. The responses were great! Businesses started making money and everyone was calling me to do business with them."

She continued, "After about six months, I totalled the money I was earning and thought that this indeed could be a viable business and an escape from what I don't love, which is graphics, because of the long work hours, and so on."

With success at her fingertips, Denny, was not prepared for the disappointment that would soon confront her.

"One December, the 555 service crashed. I was broke, I had bills piling up, and the service crashed, I guess, because too many persons were abusing a free system."

With zero tolerance for failure, upon careful instruction from a friend, and though she had lost her clients, Denny was able to secure her independent website for better service.

"A friend of mine, who has a cake-making business, told me about Yaneek Page and her free webinars. so one day, while watching for ideas on how to better my business, she mentioned an area to look into, and it clicked instantly."

Denny, who had knowledge of catering and experience in cooking, decided this was going to be the next aspect of her business life. With several Guyanese on the island and her upgraded network skills, the business of making and delivering Guyanese pastries began.

With special delights on her menu that Jamaicans go crazy for, there are plans to open a Guyanese restaurant.

"I would really love to open a Guyanese restaurant in the country. The people I serve love the dhal purie, which is blended chick peas; hand-clapped roti; the cheese straw, which is cheese wrapped in dough. the cheese roll is another favourite; and salara, which is coconut wrapped in bread dough, similar to the sugar bun. Our meals are very affordable, ranging from $350 up, with pastries going from $50 up."

Denny, who has a diploma in computer technology, certification in art from Edna Manley, and who hopes to do further studies in marketing soon, always had an entrepreneurial spirit.

"I was always selling something. they called me 'Money Rackie' in school. I made tamarind balls and sold them. In high school, I used to type kids' questionnaires for CXC and they paid me ... . Whatever I'm doing now, looking back, these are the things I did as a child.

"I want to start an enterprise where I can employ people who really want to work because I find that people don't want to truly work these days, but I want to create employment, and that is why I have implemented the '12.4 cash incentive programme', where persons get paid to refer the business to others ... . We can be contacted at 784-8646, emailed at bulksmsbyeps.com, or contacted on instagram and facebook."

She ended: "Running a business is hard work, but you just have to push negativity away and press forward."