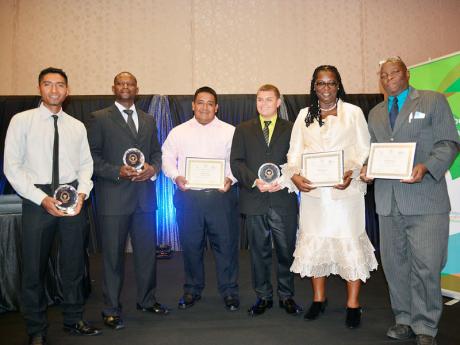 WESTERN BUREAU:Two Jamaicans, three Belizeans, and a Grenadian made up the six recipients of microentrepreneurship awards at the third annual Citi Foundation/CMFA Microfinance Awards held during the Fifth Caribbean Microfinance Forum, which was held at the Iberostar resort in Montego Bay last week.

The winners of the categories each received a US$3,000 cash prize, while the runners-up received US$1,500.

Chairman of the Caribbean Microfinance Association, Ramesh Persaud, said the awards were presented to the recipients by practitioners in the microfinance field in celebration of their achievements, resilience, and innovation in the use of technology in a dynamic economic environment.

"Celebrating their achievement is also a way of us celebrating the accomplishments of our hard work in promoting financial inclusion for persons that were once deemed too high risk and low margin to be served by the mainstream financial sector," Persaud said.

"This awards ceremony is intended to raise recognition that microfinance clients are not just poor and vulnerable individuals, with only financial needs, to be met with handouts, but instead, that microentrepreneurs possess the talent, know-how, understanding, and connections to deal with the complexities of business and to introduce new ideas to industries," he added.