Street side perspectives - 'Anything with Nothing' explores varied media, striking images 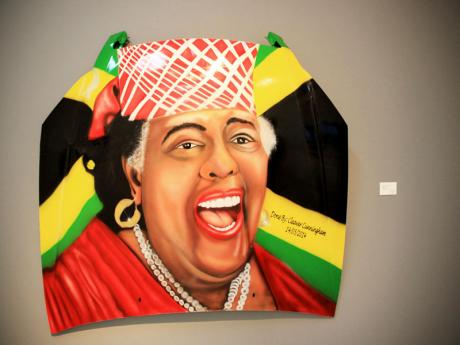 Use of a non-traditional medium: A memorial to Miss Lou painted on a car bonnet by Cleaver Cunningham 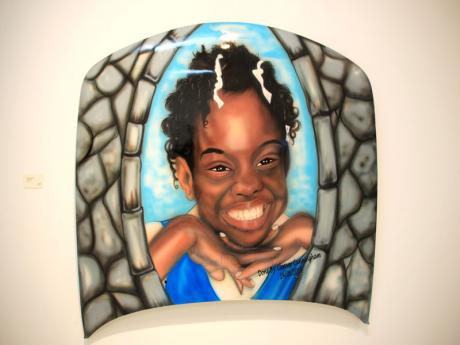 Use of a non-traditional medium: A memorial to Ananda Dean done by Cleaver Cunningham on a car bonnet. 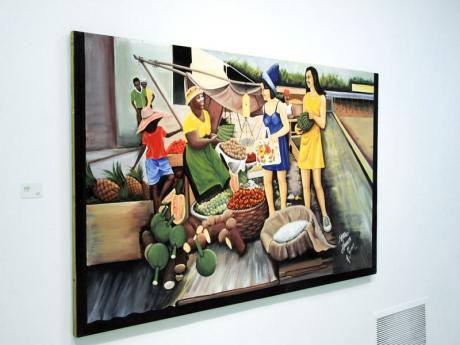 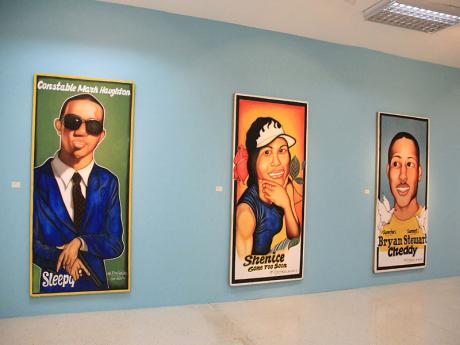 Memorials to the departed souls painted by Vermon 'Howie' Grant, on plywood. 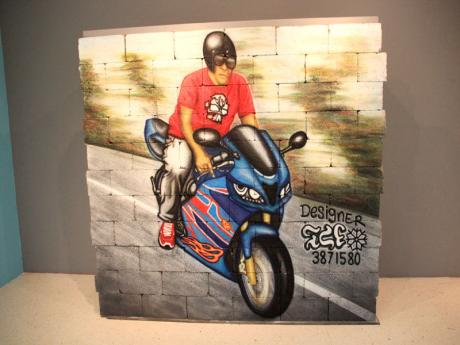 From concrete blocks to a work of art, a jigsaw of emotions by Andrew Thomas.
1
2
3
4
5

What do you get when you combine hollow construction blocks, plywood, car bonnets? A house and a car would be the answer in normal circumstances, but then, the final outcome of these materials is something out of the normal.

The term 'conversation piece' takes a new dimension, with a splash of colour and the often poignant life stories highlighted in Jamaican street art comes to life at Anything with Nothing.

"This exhibition is a dialogue," said Charles Campbell, chief curator at the National Gallery of Jamaica, where the exhibition is being hosted. "The objective is to highlight and showcase the works of the street artists, looking not only at their work and talents, but the social and economic dynamics of the communities."

Street art in Jamaica is not the usual graffiti; they tell stories, circumstances and the challenges facing the artists.

The challenge, in this case, was also
bringing alfresco and self-determined expressions into a defined space.
Works of 10 street artists from Kingston and Spanish Town were
commissioned to be showcased in the
exhibition.

"This
exhibition highlights the street art through memorial murals, the
valorisation of community and political heroes, and Rastafari-influenced
works," said Campbell.

Though commissioned pieces,
Campbell said the free-spiritedness of the artists has been captured in
the choice of media - from plywood and hollow concrete blocks - to
recreate the essence of the communities and
environment.

"We sought to recognise their works as an
important artistic and social phenomenon that has a major impact on the
visual culture of the island," Campell said.

The
works exhibited mostly highlight the effects and after-effects of
conflicts in the inner cities.

"Wherein the slow and
laborious painting by Danny Coxon captures the likeness of a youth
crossfire of inner-city conflicts, Anthony Brown's portrait of his
brother 'Midget' is indicative of sympathetic portrayal of a loved one,"
Campbell explained.

"Cleaver Cunningham's use of car
bonnets to paint memorials show us another form," he
continued.

Visitors' eyes were transfixed on the
painting of a motorcycle rider on a concrete block wall, the stark
greyness filled with the kinetic motion of
colours.

The common strategy, Campbell said, is to
focus on public figures as well as established and up-and-coming
musicians. "They form the face of the exhibition," he
said.

The exhibition showcases the talent that exists
in the broad spectrum of the society.

"But," the chief
curator added, "there are inevitable omissions; we were not able to
contact some artists due to limitations of time and
resources."

These limitations, according to Campbell,
are not deterrents per se, but they add the element
of continuity. This highlight of street artistic expressions is not a
conclusion, but an ellipsis ... the conversations
continue.