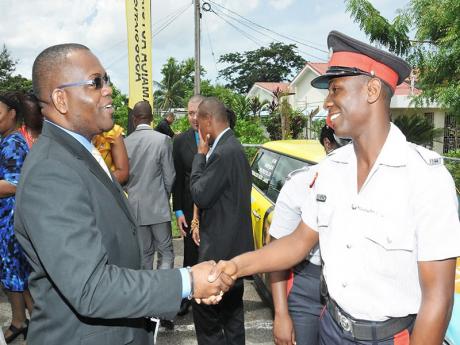 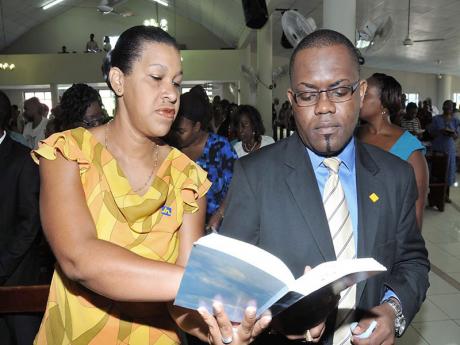 With a marked increase in the number of road fatalities during the first five months of 2014 over corresponding periods in 2012 and 2013, Duane Ellis, general manager of the Jamaica Automobile Association (JAA), is urging all Jamaican road users to contribute to reducing road crashes.

Ellis was speaking at the St Richard's Catholic Church, Red Hills Road, St Andrew, at a recent service to mark Road Safety Awareness Month. It was part of a series of activities organised by the JAA in its 'Safe Driving Saves Lives' campaign, which was launched last November.

"We at the JAA see our role as central in all national efforts to advocate for and promote greater awareness of road safety and mobility issues," he said.

Ellis also applauded the ongoing work of stakeholders such as the National Road Safety Council, with its Below 240 campaign, and the work of the Jamaica Gasolene Retailers Association (JGRA) to raise awareness among motorists.

However, Ellis emphasised that "the work of the JAA and other road-safety stakeholders will only deliver value to all Jamaicans if we all make safe driving and road use a part of our personal mantra".

The Safe Driving Saves Lives campaign is one the series of initiatives being undertaken by the JAA as part of its commitment to the fulfilment of the United Nation's Decade of Action for Road Safety 2011 - 2020 campaign, which aims to reduce road deaths and injuries around the world.

Ellis explained to participants in the church service that central to the campaign "are the 10 Golden Rules for Safer Motoring, a set of simple tips intended to help motorists to improve their driving behaviour." He added that under the campaign "the JAA will be carrying out a series of activities, which includes the formation of synergies with motorsport stakeholders".