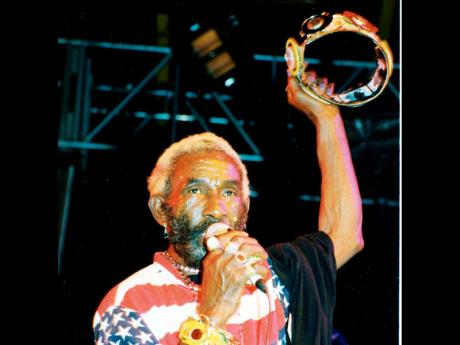 The documentary was released back in 2008, but the recent release of a single could be what Lee 'Scratch' Perry and his team need to further the film's popularity.

The new song, Jesus Is a Soul Man, done by Perry was produced by Clams Casino and was released last month.

The song comes as part of a Bit Torrent download promoting Perry's documentary, The Upsetter: The Life and Music of Lee 'Scratch' Perry.

As part of the 'Upsetter Bundle', customers will also receive the documentary's trailer in addition to unreleased footage and photographs.

The Upsetter: The Life and Times of Lee 'Scratch' Perry documents the artiste's life, his role in the birth of dub, and his experiences as a producer working with some of the biggest names in the music industry, including The Wailers, The Heptones and The Congos.

The film is narrated by Benicio del Toro and features commentary from the likes of Junior Murvin, Bob Marley, Paul McCartney, Joe Strummer and the Beastie Boys.

"This is my movie and this is the truth," Perry said in a statement released to Rolling Stone Magazine.

In his early career, Perry recorded for Clement 'Sir Coxson' Dodd at Studio One before launching his solo career with his band, The Upsetters.

His hits as a solo act include Drugs and Poison, The Vampire and Dig Your Grave.

In 2003, he won the Grammy Award for Best Reggae Album for his effort, Jamaican ET.

Filmmaker Adam Bhala Lough, in an interview for Rolling Stone Magazine, said Perry has stood the test of time in the music industry with truth, his own superior righteousness and the support of his fans.

"His legacy is as one of the most creative and inspiring human beings to ever walk this earth."