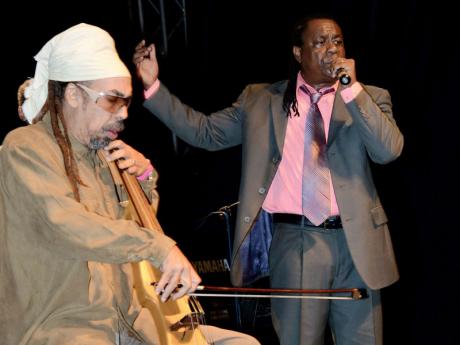 The Coalition to Preserve Reggae (CPR) Music, Inc has joined forces with the International African Arts Festival (IAAF) to bring roots reggae music back to the main stage of the festival for the 43rd staging of the annual event.

The festival is held at the Commodore Barry Park in Brooklyn, NY, where IAAF staff and volunteers transform the city park into a cultural oasis for the celebration of traditional and contemporary expressions of various aspects of African arts and culture.

Roots reggae music has long been celebrated at the festival but its presence had waned in recent years.

The collaboration was announced at the 45th annual Malcolm X Black Unity Awards Program where newly installed IAAF chairman, Professor Segun Shabaka told the gathering of measures to bolster the management and operations of the festival and expressed his strong belief that working with CPR would help to bring back a very important musical element that had been absent for too long.

In keeping with CPR's mandate to raise the bar in reggae music and raise the profile of its purveyors, and in line with this year's festival theme of "to Repair and Remake the World," the group secured the participation of reggae ambassadors, Third World Band. CPR will also present the CPR Roots Reggae Showcase, featuring talented emerging artistes.

"We are very pleased to be in the position to bring reggae back to the festival with such a well-known roots reggae band and provide emerging artistes with this esteemed platform from which to showcase their talents," said Carlyle McKetty, president of CPR.

The annual IAAF attracts an estimated 75,000 attendees from around the world.

For the second year running, CPRLive will extend the reach of "Festival" with a live stream from the main stage.

"Last year, CPRLive streamed the entire four days of the festival. It was a huge success and we are delighted that Prof Shabaka and his team see fit to have us back in a broader capacity," said Sharon Gordon, chairperson for CPR.

The festival takes place on Thursday, July 3 (with reggae music in a special tribute honouring Bunny Rugs, Third World's former lead vocalist who passed away earlier this year) and continuing through Sunday, July 6 with a wide range of performances, arts, crafts, foods and more.