An MIT for Jamaica? 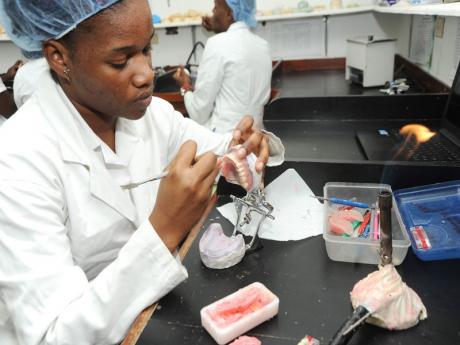 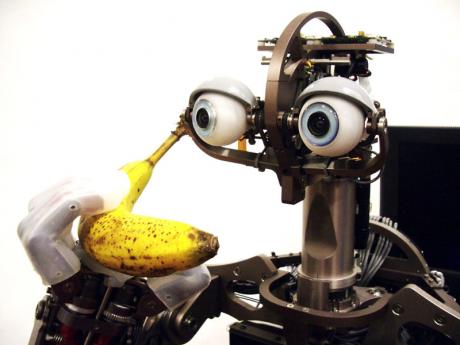 We dream big. We talk a lot. And we follow through poorly. The big buzz in higher education in Jamaica now is for the University of Technology (UTech) to become the MIT of Jamaica and the Caribbean.

Minister of Education Ronald Thwaites is speaking MIT-speak. And so is the interim president, Burchell Whiteman, who raised the matter in his first staff meeting held on his second day on the job. The weight of the university council is behind the idea, certainly that of Pro-Chancellor Vivian Crawford.

But what is it going to take to make UTech a top-class institute of technology? And what will that institute look like? I think proponents all know that UTech becoming the MIT of Jamaica and the Caribbean is merely metaphor for achieving excellence and high recognition. Even in the United States, there is only one 'MIT' in its class. Hard to replicate. Hard to beat.

Incidentally, what is now UTech was first called the Jamaica Institute of Technology at its founding in 1958. I've tracked the story to produce the article, 'The founding history: from CAST to UTech', for the university's Jamaica 50 supplement that was published by The Sunday Gleaner on July 15, 2012.

Research suggests that the Jamaica Institute of Technology founders didn't have the modern version of MIT in mind at all. What they did have in mind was a kind of senior version at the post-secondary pre-degree level of the Kingston Technical School to train technicians for industry and commerce. In fact, the first six teachers and the principal were all borrowed from the 1895-founded Kingston Technical School for the start of the Institute.

Up to the late 1980s, the successor, CAST, was forbidden to offer degrees and only started when Sangster bucked the system and went ahead anyway, leaving Government to catch up. The thinking still remains strong, embedded in reviews and reports and in the minister's own office, that UTech's proper role is to supplement the UWI at a subsidiary level. That's not MIT!

MIT began as a humble land grant college in the shadow of the old and mighty Harvard University. Harvard's offer of merger with its own Lawrence Scientific School had to be repeatedly rebuffed by MIT. The land-grant colleges established by grants of federal lands were "to promote the liberal and practical education of the industrial classes".

"The soul of MIT is research." Which, of course, has to be paid for. MIT focuses heavily on the practical problems of industry and government and gets lavish support from both for research. The stellar institution earned 48 per cent of its operating revenue last year from sponsored research. Jamaica now has no national research fund, and UTech subventions make no provisions for research. The university squeezes a mere J$10 million per annum for an in-house research fund.

UTech, in its context, will not, of course, get to tackle the kinds of mega-problems with the kind of mega-financing that MIT enjoys, but there are myriad practical problems in the Jamaican and Caribbean environment begging for research solutions.

MIT is currently working with more than 700 companies. It ranks first in industry-financed research and development and development expenditures among all universities and colleges without a medical school.

MIT is big (massive!) on entrepreneurship. Its emphasis on mens et manus, 'mind and hand', is infused into the entrepreneurship curriculum and programming, which emphasises learning by doing.

A 2009 study suggested that 25,800 companies founded by MIT alumni were active as of 2006, employing 3.3 million people and producing annual revenues of US$2 trillion, equivalent to the 11th-largest economy in the world. Hundreds of new companies are started each year.

Several MIT departments, labs, and centres specialise in different aspects of fostering entrepreneurship at MIT. MIT also has more than 20 student clubs and initiatives involved in entrepreneurship or innovation.

Don't be fooled by the name, Institute of Technology. The Father of Linguistics, Noam Chomsky, still alive and working at 86, has had his academic home at MIT since 1955. The institute boasts four Pulitzer Prize winners alongside its 81 Nobel laureates. The Pulitzer Prize is awarded in journalism, literature, and music composition. Alongside the expected schools of engineering and science, there are world-famous schools of humanities, arts and social sciences, of architecture and planning, and the Sloan School of Management. UTech, thankfully, already has in place parallel structures with a recently rebranded School of Humanities and Social Sciences.

So, how does UTech become a mini-MIT for Jamaica and the Caribbean? In the first place, UTech will have to stick with it for the long haul. MIT has been at it for a century and a half since 1861, and couldn't even operate for the first four years as the American Civil War broke out two days after legal incorporation.

Leadership is going to matter, and matter a lot. The search is on for a new president. But UTech is restricted by government policy from doing what MIT can freely do: Buy top talent at top prices, not just for senior academic administration, but to drive research. So the freedom and flexibility written into that excellent University of Technology, Jamaica, Charter Act must be actualised. That's a key task for new leadership and for a minister of education.

UTech cannot become an MIT with its current staff. Some 36.5 per cent of MIT staff are full professors, and when associate and assistant professors are thrown in, the figure rises to 57 per cent. UTech won't get here. And the policy of training and then trying to retain staff at peppercorn salaries fixed by Government won't work. Top talent, training and experience will have to be injected and paid for against the returns that these stars can generate by attracting research funding and top graduate students and generating intellectual property with commercial value from research.

In its context as a single national university for professional and technical training, UTech is going to remain predominantly a teaching university, but is going to have to dramatically raise its research profile through staffing and financing, and graduate research students becoming at least 10 per cent of the student population up from the current 0.2 per cent. While 71 per cent of MIT graduate students are research assistants, teaching assistants, or have fellowships, UTech is charging its MPhil students US$9,000 for their programme and PhD students US$27,000. That's not the road to MIT.

Then, the real costs of tuition at UTech must be honestly calculated and honestly paid for as a vital resource stream for financing MIT-like operations. Tuition at MIT now stands at US$43,210. But 90 per cent of students receive some sort of financial aid. UTech now receives less government financing per student than some colleges.

If UTech is going to become a mini-MIT for Jamaica and the Caribbean, industry collaboration is going to be critical. We don't have in the local economy the big-name companies that beat a path to MIT. But one of the roles of new leadership will be to get both domestic companies and big international ones to support UTech both by endowments and by buying research and consultancy services. And the university will have to be positioned to be able to deliver.

UTech, backed by public policy, will have to allow its talented and productive staff and students to be able to get rich from generating commercially viable intellectual property from research and innovation with the returns equitably shared between researchers, innovators, and the institution. And the university will have to develop and support the mechanisms to get innovations to market.

We now know what it takes to convert the talk to the walk. Will we?

Martin Henry is a UTech administrator and public-affairs analyst. Email feedback to columns@gleanerjm and medhen@gmail.com.