Food For The Poor to aid with IV fluid shortage 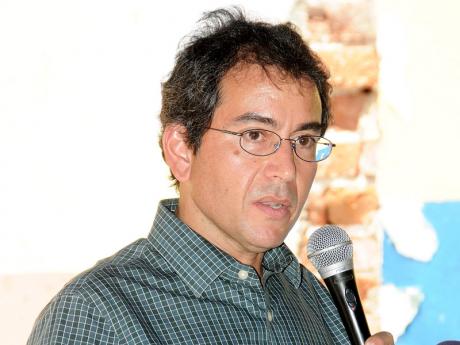 Chairman of Food For The Poor Jamaica, Andrew Mahfood,

The international charity Food For The Poor is coming to the rescue of the health ministry, which is facing a severe, shortage of intravenous (IV) fluids.

The Sunday Gleaner has confirmed that Food For The Poor will be donating a container load, approximately 16,000 units, of IV fluids to the Ministry of Health.

When contacted, chairman of Food For The Poor Jamaica, Andrew Mahfood, confirmed that he had appealed to the entities' head office in Florida after hearing of the dire shortage in the Jamaican health system.

"Our president, Robin Mahfood, immediately went into action, and identified a source in Europe," he said. "The fluids should arrive in Jamaica in about three weeks."

The Ministry of Health has been using its emergency supplies of IV fluids as there had been a slowdown of supplies from the island's usual sources.

Last week, The Gleaner broke the news of the shortage of IV fluid. A senior administrator at the Pharmaceutical Division of the National Health Fund (NHF) initially refused to go on record, but admitted that there was a shortage of intravenous fluids.

Since then, the health ministry has reported that the NHF has identified alternative sources of IV fluids in a bid to address a worldwide shortage now affecting Jamaica.

According to the health ministry, the shortage should have been eased by late last week with the arrival of a shipment of IV fluids, but up to yesterday medical sources were reporting that the situation remained dicey.

The health ministry had admitted that over the last three months the NHF has been receiving reduced but steady supplies from its usual overseas sources and, as such, it had to utilise its emergency stock to continue supply to the public-health facilities.

"Similar to the US and other countries, conservation strategies have been recommended to alleviate the crisis and all hospitals have been advised to manage supplies as efficiently as possible," said the ministry.

Intravenous fluids are critical to saving lives during an emergency as they are used for moderate to severe cases of dehydration, and may be used in a case where an individual has a very high sugar level.

The fluid is also used in surgeries and is administered during invasive procedures such as washing off the stomach. The 0.9 normal saline is also reportedly used with ventolin to nebulise patients with asthmatic conditions.