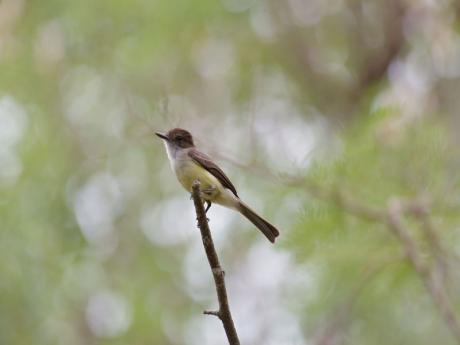 This beautiful bird was one of the signs of wildlife. 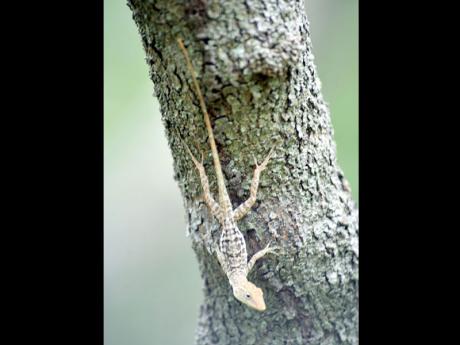 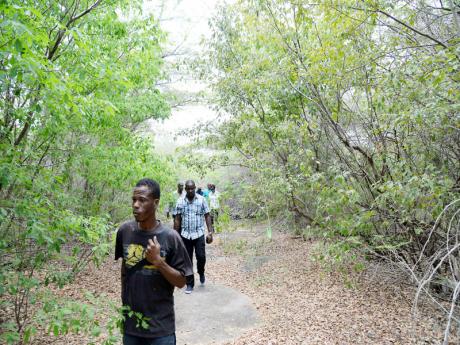 A guide leads members of the media on a trek across Little Goat Island. 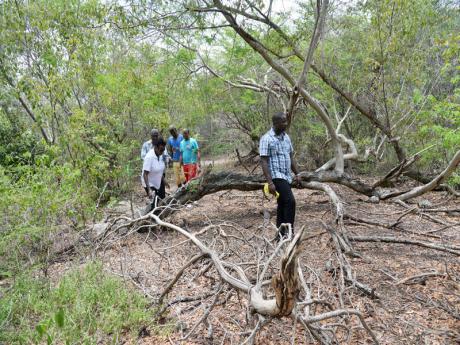 Over or under fallen trees, branches and bushes was how members of the media made their way around. 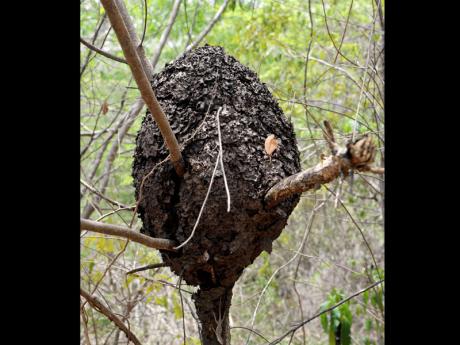 One of the many duck ants nests found in the trees. 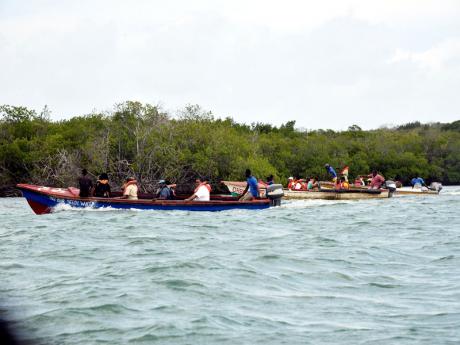 Supporters of the development of a trans-shipment port on Goat Islands sang the praises of the proposed project to members of the media last week.

Chairman of the logistic hub subcommittee on education and training, Dr Fitz Pinnock, led the choir, pitching that every infrastructural development results in some degree of change to the environment.

Pinnock referenced developments in Britain as he crooned that sufficient measures can be put in place to ensure minimum damage to the environment.

But that assurance has not satisfied the environmentalist and they seem to be gearing up to increase their public-relations efforts with a fresh study of the area.

Late last week, it was announced that Dr Suzanne Palmer, a lecturer in coral reef ecology at the University of the West Indies, has received funding from the Waitt Foundation Rapid Ocean Conservation Grants Program to carry out an assessment of the coral reefs and marine nurseries within the Portland Bight Protected Area (PBPA).

Palmer and her team will be using the Atlantic Gulf Rapid Reef Assessment method to assess the condition of coral reefs in the PBPA and the abundance and sizes of key fish species within the associated marine nursery areas.

Working with the Caribbean Coastal Area Management Foundation, Jamaica Environment Trust and others, Palmer and her team will disseminate results through a public pamphlet, a scientific report, community meetings, and a public conference.

"It is anticipated that the scientific assessment, photographs, and associated recommendations will raise public awareness and knowledge on the value of the marine ecosystem services of the PBPA."

The proposed plan to establish a trans-shipment port on the Goat Islands has generated significant controversy.

Over the past 10 months, there have been numerous reports, articles, and campaigns by environmentalist highlighting the ecological services and biodiversity of the PBPA that they say would be at risk from the development.

Editor's note: The Gleaner's Chief Photographer Norman Grindley was among the journalists who visited Little Goat Island last Sunday and captured the images.