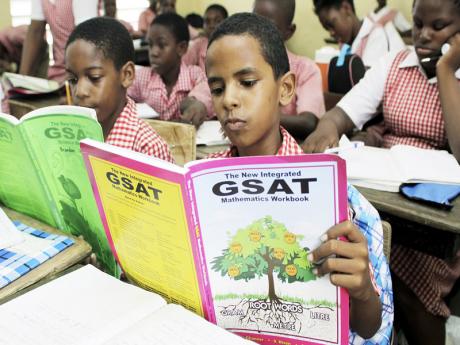 The Jamaica Teachers' Association (JTA), being aware of the announcement and planned implementation of a new policy by the Ministry of Education (MOE) regarding the proposed master list of supplementary textbooks for all primary schools and high schools (grades 7-9), has previously offered some comments on the policy.

The JTA understands the concerns of parents and the Ministry of Education as it relates to schools requiring parents to purchase books that may either be underutilised or not used at all. The JTA is equally concerned about the expenses incurred in acquiring said books. However, it is important to put the ministry's policy statement and the related issues in context.

The MOE made this pronouncement in May 2014, with an intention to implement by September 2014. The vast majority of educational institutions may have already made decisions and communicated to book suppliers regarding texts for the new school year.

The JTA feels that more time would be required to sufficiently engage in broad-based consultations in order to arrive at an appropriate guide for schools and notes, importantly, that many schools would have been far advanced in determining their book lists for September 2014. Additionally, book merchants would have already secured their stocks of books for the 2014-2015 academic year.

This policy decision and announcement has not allowed, at the outset, for consultation, consensus and adequate time for principal stakeholders - including those involved in the book industry - to make appropriate preparations. This, the JTA believes, smacks of high-handedness and counters the dialogue with which the JTA has sought to engage the MOE and other stakeholders in recent months.

The ministry, while responsible for policy, ought not to disregard the experience, technical expertise, practical knowledge that have informed educational institutions such as those which have, in selecting their texts over the years, been able to attain and maintain performances of in excess of 85 per cent, which the MOE has itself acknowledged and commended. The books that the teachers use represent the tools used to carry out their trade, and they must have a significant role to play in determining which tools are most appropriate.

The Jamaica Teachers Association questions the seemingly arbitrary ceiling for supplemental texts which the ministry has arrived at, of $5,000 for primary schools and $12,000 for secondary schools. What data has informed these figures? How was the decision arrived at? Should tried and proven, or even newer texts be summarily dismissed just on the basis of the perceived high cost of the books?

Is the ministry saying to the nation that this recommended textbook list was arrived at after consultation and based on data? Are we to believe that these books were selected because research findings have confirmed that utilising these books would yield positive results for our nation's children? If this is the case, then such findings and statistical data should be made available to parents and schools.

The JTA recognises the ministry's role in determining policies for the education sector and is certainly not seeking to erode the authority of the Ministry of Education. We, however, believe that, in determining policies that are appropriate and will yield the best results for our nation's children, there needs to be consultation, hopefully arriving at consensus and with adequate time for smooth implementation on the part of all players.

Any policy which seeks to threaten due regard for the experience, the technical expertise, the practical knowledge, the statistical data readily available in our schools, the ongoing research conducted at our schools and the collective wisdom of administration, subject teachers and grade teachers, will be roundly rejected.

The Ministry of Education's role is not to micro-manage the education system and to arrogate the roles and responsibilities of educational practitioners. Not every aspect of the education sector can be centralised. Each child is different. Educators, therefore, must be allowed a greater degree of elasticity in order to effectively practise their trade.

This discussion in which we engage is not just about the text books: at the heart of the matter is the erosion of professional autonomy of the nation's teachers.