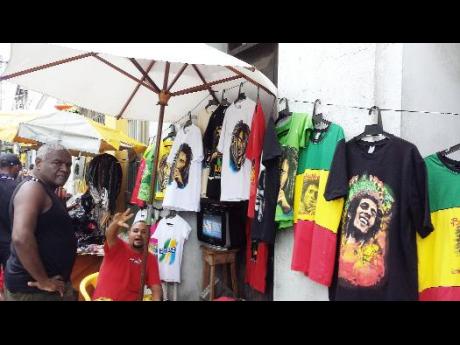 World Cup 2014 is off to a rocket start - literally - despite problems real and imagined.

Hosts Brazil ignored protests by countrymen and had Croatia for supper June 12. At 6 a.m. the following day, residents here served up a breakfast barrage of fireworks, the rippling rat-a-tat-tat of explosions spliced by supersonic booms. "Wake up Brazil!" was a local's loose interpretation. "The dream is real!"

So are the nightmares. Bare basic hotel accommodations are priced in four-star range. A 900-metre or 10-minute walk to the Arena Fonte Nova for Netherlands' hammering of Spain on June 13 cost approximately US$10 (just over 20 Real) by taxi to return. Of course, it was night and raining. The elderly driver's rapid circular hand motion above his head, while muttering incessant Portuguese and violating the speed limit, meant either there was no direct route to the dwelling or the clearly not-from-here passenger was crazy to trust him. A guest at the hotel confirmed the latter.

No media guide or match day programme for scribes here; shocking for a major international sporting event. Courtesy was in short supply too on Friday the 13th. Nearly all Spain's ballyhooed stars - on other occasions an accommodating and happy-go-lucky bunch - grumpily hustled through the media mixed zone after the Dutch pasting. Except poor Diego Costa, who wasn't even born in the defending champion's land. The Brazilian offspring, booed every time he touched the ball or was mentioned on the public address, stopped repeatedly to re-live the 5-1 horror his adapted country endured.

The Dutch were glad to speak. Jonathan De Guzman's face lit up when he picked up a reporter's Jamaican accent. He offered a quick smile, fist bump and "Yeah man" to start his first answer.

De Guzman, who would have appreciated the Bob Marley T-shirts being sold near the stadium, was glad his parents, including Jamaican mom Pauline, made it into the stands. Word spread that a ticketing mix-up led to empty seats at the match. He promised a celebration Friday night, but vowed it's back to work. Group B rivals Australia and Chile still lurk.

The Netherlands' "Oranje" fans, even those who suffered from the ticket hitch, still had a ball. Hundreds invaded the cobblestoned area of Pelourinho near the stadium for a massive party - drinking, dancing and shouting with the blaring music - pre and post match.