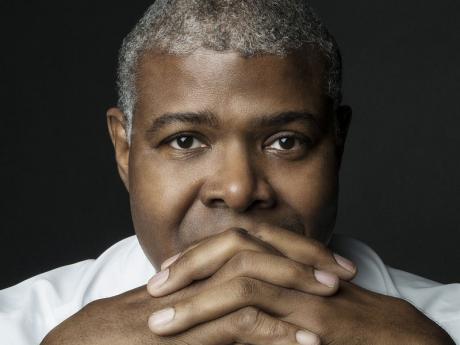 Many years ago, someone whom I knew very well worked for a large business entity that produced an essential product. The business needed to increase its net profit, so he was commissioned to find a way to do so.

After months of research, he discovered that a massive amount of the product was being lost in the distribution process. He proposed that the business entity should secure its lines of distribution to save many millions of dollars in the long term. The board reviewed his proposals and, to his utter amazement, they decided on the simplest, laziest and most callous solution - they increased what their customers must pay.

The decision makers for the Inland Revenue Department are doing the very same thing. They know that registered taxpayers and companies are easily accessible on their system. They often announce that they will 'widen the tax base', when, in fact, their efforts are concentrated on squeezing blood from the stone they already have in hand.

Once you make yourself (tax) visible (as every working citizen should), you become a huge, brightly lit, stationary and easy target. You are immediately subjected to Napoleonic Law (assumed guilty of tax evasion); treated like a criminal; subjected to harassment to provide all sorts of documents that other government agents already have in their system; interrogated; put at risk of repeated and 'random' shakedowns; threatened with fines and/or prison terms, even when you have done nothing wrong; subjected to expensive expenditures to keep your economic house in perpetual order, and you are mercilessly squeezed whenever the country needs more tax revenue.

A matching 2.5 per cent contribution to the National Insurance Scheme for all employees.

A matching 3.5 per cent contribution to the education tax (which still does not go to education) for all employees.

A matching 3.0 per cent contribution to the National Housing Trust for all employees.

A 3.0 per cent (of gross) HEART tax (unless the company has a HEART trainee in its employ).

Company tax at 25 per cent for the previous year's profit due by March 15.

A declaration of asset tax (which varies with the company's fixed assets - equipment, cash and receivables).

A quarterly estimated profit tax for the current year at 25 per cent.

Taxes for trade licences, where applicable.

Taxes for signage, where applicable.

Now, there is the minimum business tax (MBT), which recently became effective. Registered businesses (companies or individuals), even if they are small, non-operational, make no profit, deep in the red, and whether or not they are unable to pay overhead costs, must pay a flat, across-the-board tax of $60,000.00 (in two tranches) annually, just for being on the books. I envision the MBT being increased over time. Failure to pay on time attracts a 1.5 per cent monthly punitive fee.

Companies and business individuals feel oppressed, abused, unfairly treated, and taken advantage of. Sixty thousand dollars is not small change, especially when the business is small and/or struggling to survive. Many earn by the teaspoonful, but are forced to spend by the shovelful. We are spending the most while earning the least ever.

I remain deeply disappointed that successive administrations have not seen it fit to meaningfully and effectively truly 'widen the tax base'. They consistently overburden the people that are already in the system - the registered taxpayers.

Many thousands remain under the tax radar (including construction workers, tradesmen and women). They remain unregistered and contribute nothing. There is no way to assess their level of competence, vital statistics or track them for security or revenue purposes. It makes me wonder if fear of political (grass-roots) backlash is at the core of this blatant omission.