Lily Allen lied about potential role in 'Game Of Thrones' 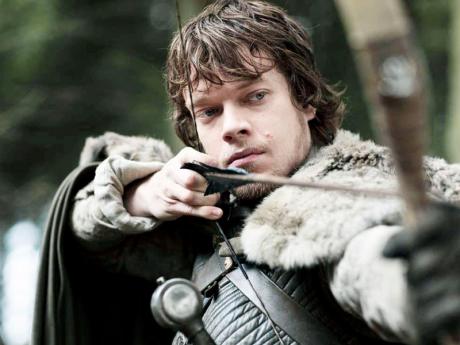 Lily Allen lied about being offered a role in Game Of Thrones.

The Air Balloon singer was reportedly offered the chance to work alongside her actor brother Alfie Allen - who plays Theon Greyjoy in the hit HBO fantasy drama - but turned it down as the part called for her sibling to touch her in a manner she deemed inappropriate.

However, Alfie, 27, rubbished her claims and said Gulliver's Travels star Gemma Whelan was always first choice for the part.

Referring to Lily's role in the show, he told Vulture: ''The only thing I'm going to say on this is that's not true."

Lily, 20, insisted she had been offered a cameo in the HBO series during a Q&A with Reddit.com last month.

She said: "I've been asked to do a Game Of Thrones cameo. They asked me if I'd be interested in playing Theon's sister and I felt uncomfortable because I would have had to go on a horse and he would have touched me up. Once they told me what was entailed, I said no thanks."

The character was introduced in the second season of Game of Thrones in a scene which saw Theon caress his sister over her clothing while they rode a horse. However, he is later embarrassed when he discovers the woman is his sibling whom he hasn't seen in numerous years.