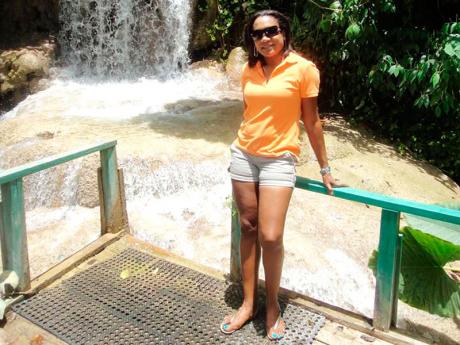 Sharon shows off her curves after losing weight. 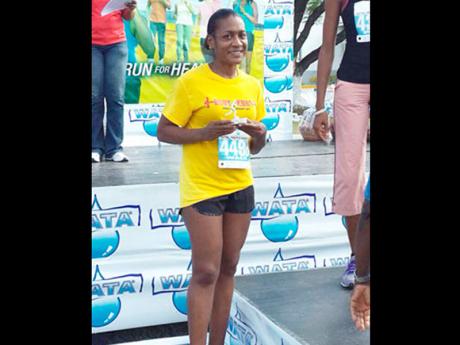 Sharon after losing weight with her award at a recent 5K. 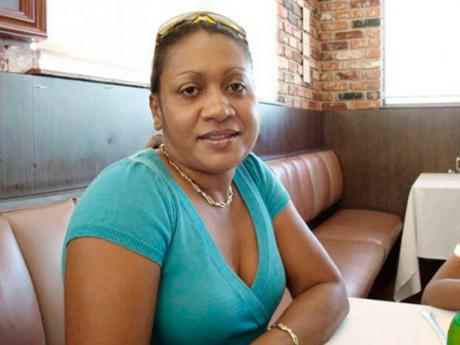 Weight gain sometimes feels like it happens overnight, but getting rid of it always seems so much harder and longer. Sharon Edwards did not let anything deter her on her weight-loss journey and came out triumphant with a 55-pound loss.

At five feet five inches, Sharon found herself at 189 pounds. She looked in the mirror, disliked what she saw and the way her clothes fit. Her weight dilemma did not stop there as she realised that her body did not feel the way that she would like it - she was tired more frequently and then she lost her desire to socialise.

It was coming close to her big-50 birthday and she did not want to celebrate the milestone while not feeling the most proud about herself.

So after struggling for three to four years with her weight, Edwards decided to take a new approach to weight loss. Her eldest daughter, Jodi Jackson, invited her to Gymkhana's boot camp with her, and while there she met personal trainer Kurt Dunn. He took the time to know and work with her, so unlike before when she tried to go to the gym and felt alone, this time she had someone who could motivate her. This was why giving up was not that big of an option for her.

"Giving up was always there as a little monster in the back of my mind because to eat unhealthy stuff is always easier; and to relax and watch television was even easier than working out. My motivation was really from Kurt Dunn. I became his personal client after my experience at boot camp. He would call me at odd times just to make sure I was eating the right thing and that I was going to be at the gym to do my workout. He never gave me a break," said Edwards.

When she started to lose the weight, it was a great feeling and continued to motivate her. This also pushed her through the tough moments physically. How does Edwards feel now? The best she has ever felt. "I am a new person; health wise I am doing great. At almost 53 the only thing I take is my multivitamins. I am so much more confident than I have ever been in my life, and so I will be doing the full marathon in Negril in December as long as I have life," Edwards revealed.

She continues to work out at the gym as well as doing walks with a group and her daughter, Jodi.

She has five tips for people on their journey.

Start off with small goals.

You might fail along the way, just know that starting over is always OK.

Workout with someone who can and will motivate you

Believe in yourself because a lot of it is mental.