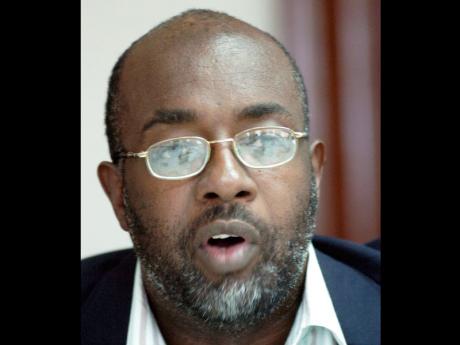 SOUTH St Catherine Member of Parliament Fitz Jackson, who is being sued in relation to a land deal, said the claimants in the case who filed against him in the Supreme Court, were engaging in practices which forced them to find other ways of acquiring a 200-acre property in St Catherine.

The lands are to be used for a cement plant near Old Harbour, a project in which the National Insurance Fund (NIF) seems set to invest.

Landowner Royden Riettie filed a lawsuit in the Supreme Court last week that is seeking to prevent Jackson and his business partners, Cement Jamaica Ltd, from acquiring the property, which was sold to them by the National Commercial Bank.

Jackson and his partners were in negotiations to purchase the property from Riettie but abandoned that route and purchased it from the bank for $75 million. Riettie has contended that the current market value is US$10 million or J$1 billion.

Jackson said when the documents are served on him, he will have the matters placed in the hands of the attorney-at-law. He told The Gleaner that no underhand tactics were utilised to acquire the property.

"I saw their action as one which totally disregarded the agreement and the deposit we have been paying, and demanding of us to pay five times the price that we agreed to. It is only one of two things that we could do, It is either we capitulate or seek to purchase the land otherwise," Jackson told The Gleaner.

When the contract was entered into in 2009, the parties agreed to a price of US$10,000 per acre, but the vendors wrote to Jackson and company saying the recent development in the area has driven up land prices, and the proposed Goat Island project has exposed the Old Harbour area to new overseas buyers looking for land. Jackson said a new asking price of between US$35,000 and US$50,000 per acre was put on the table by the vendors.

"We were in negotiation with them to purchase the land. We had not completed the sale during the period that we agreed, and so we negotiated with them to extend it so other preparatory things were completed and they agreed. In that agreement, we have been paying them deposit over the sum, over US$680,000 as good faith because they have been accommodating us," Jackson told The Gleaner.

He said downpayments were being made to the vendors up to December last year, but with the possibilities of the Chinese development at Goat Islands appearing to be a reality, Jackson said he and his partners were told that the agreement had expired. He said the vendors said that a new price had to be negotiated for the land.

A former state minister in the finance ministry, Jackson said he at no time used the influence of the office he once held to obtain a favour from the Development Bank of Jamaica, which was owed by the vendors.

"Because of what the land was intended for, which is a project of national importance, they saw themselves as having an interest in that becoming a reality - not because of me but because of the nature of the project," Jackson said.

He added: "We plead to the financial institutions not to take actions against them because they were in transaction with us. All the times we have been giving them funds, they never gave the institutions a dollar. I heard along the way that NCB was going to sell the land by private treaty because they had a loan with them. We talked to them about it and they said they are going to sell it and if we want it, we have to make them an offer."