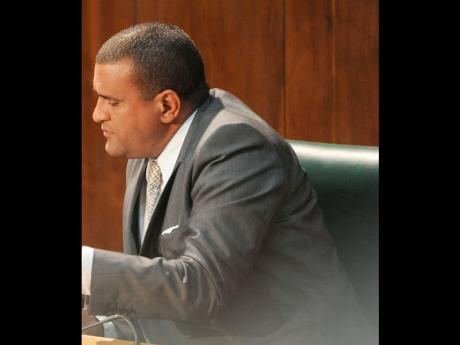 West St Mary Member of Parliament (MP) Jolyan Silvera has added his voice to the calls for constitutional reform, saying the Parliament must move post-haste to ensure Jamaica gets republican status.

Contributing to the Sectoral Debate in the House of Representatives, Silvera, a government backbencher, said the Parliament should honour Jamaica's forefathers and act to ensure the country is free of the vestiges of colonialism.

He said Jamaica should hasten and get to a stage where the governor general, who is the Queen's representative, is replaced by a Jamaican president.

In the meantime, the government backbencher has raised concerns about a call by Opposition Leader Andrew Holness for a referendum to deal with issues such as the Caribbean Court of Justice, liberalising ganja, reviewing the buggery law, and the matter of the Queen as head of state.

Silvera said that if the package is given to Jamaicans, it "may result in the majority of Jamaicans experiencing severe colic". He said the matter of Jamaica becoming a republic is a serious one and after 52 years of Independence, it should be considered substantially and with precision in an exclusive manner.

"Fifty-two years have passed, and we have not exercised our right granted to us by those who fought long and hard for our freedom, to amend our Constitution, through an Act of Parliament, to bring Jamaica to the status of a republic state," Silvera said.

He told legislators that despite being a citizen of the United Kingdom through naturalisation, and being one who identifies with Her Majesty Queen Elizabeth II as the longest-serving living symbol of Great Britain, he is firm in his conviction that "Jamaica is overdue its status as a republic".

In March, Leader of Government Business Phillip Paulwell, said the Government is now focused on dealing with such issues of sovereignty. Government member Raymond Pryce had moved a Private Member's Motion which has been approved by the House for the Throne Speech, which is delivered by the governor general at the start of the parliamentary year, to be renamed the People's Speech.

"I am to report that the Cabinet has decided not to implement this proposal at this stage," Paulwell told the House.

"Instead, we, in this chamber and the other chamber, will now have to work closely to look at the issues concerning our sovereignty, and the measures required for us to make the full transition to republican status. I do believe that, at this time, based on my own assessment, that we are closer to having an agreement and Jamaica moving to full republican status. Let us start to do that in the new legislative year, I am urging members," he said.