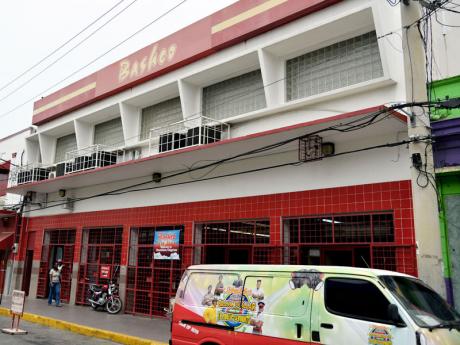 An outside view of a Bascho store.

For almost 25 years, Bashco has been a fixture in downtown Kingston, and despite operating at several other locations across the island, the company points with pride to the place it calls home base.

The superstore, which, next year, will celebrate its 25th anniversary in the market district, is now giving back to its loyal customers with a promotion dubbed 'Bashco Believes in Downtown Kingston'.

According to marketing and public relations manager at Bashco, Omar Azan, the promotion is to reward and attract consumers to downtown.

"We saw a chance to get people to shop in downtown Kingston, so in encouraging them to shop with us, we did the promotion, where we reward people for shopping at our stores in downtown," Azan told The Gleaner.

"We see some pulling away as it concerns people shopping in downtown Kingston, so when shoppers spend $1,500 or more, they have a chance to win televisions, living room sets, gift certificates, and other items."

With the Bashco store on Orange and Beckford streets, Azan argues that downtown Kingston has always been the best place to do business as it is the epicentre of the Corporate Area and the market hub of the country.

According to Azan, downtown Kingston is no more prone to crime and violence than other places on the island.

"We can't say it's only downtown where crime happens because there is nowhere in the world that I would walk in a dark alley by myself, and so I believe the presence of good people and the law lessens the effect of crime."

Azan argues that entities operating in downtown Kingston need to assist in the rebirth of the market district, which has great potential.

"You have people who are transiting through downtown daily, and we can see that other businesses that are located here realise the importance of the city," said Azan.

He noted that the next draw of the 'Bashco believes in Downtown Kingston' promotion will be done at the end of this month, with several prizes on offer.