Bringing back the Ward - Volunteers give iconic theatre a facelift 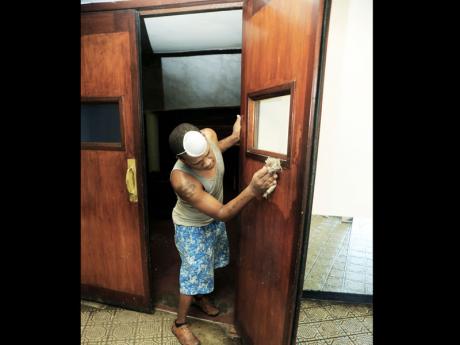 Terrence Davis was wlling to do anything as he helped to spruce up the Ward Theatre last weekend. 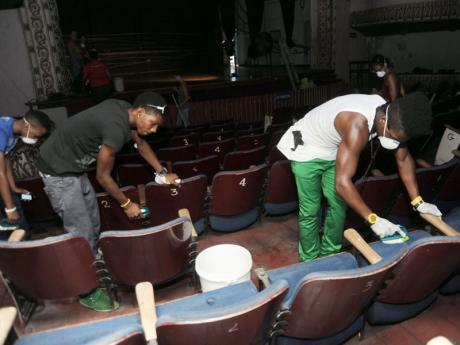 The seats needed a good dusting down, and these young men were up to the task. 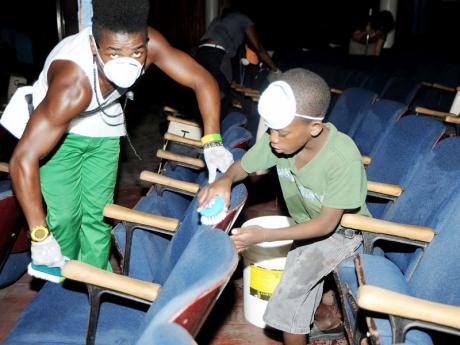 Even this young boy was willing to lend a hand to clean up the Ward Theatre last weekend. 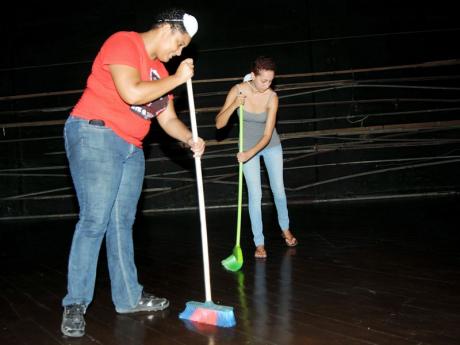 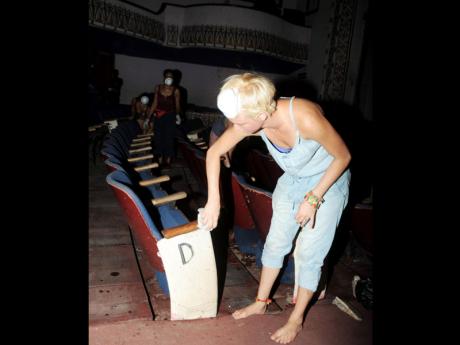 Leandra Thoma, from the group Musicians Without Borders from Germany, was among the volunteers during the Ward Theatre Clean-Up. - PHOTOS BY Jermaine Barnaby/Photographer 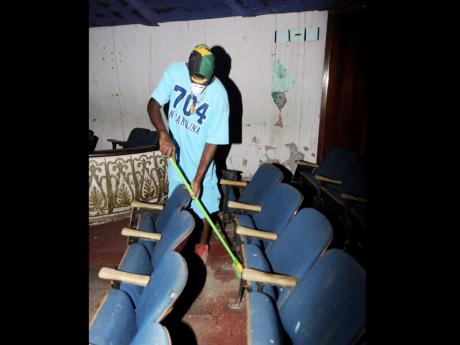 Cleaning the floor of the dust was hard work at the Ward Theatre last weekend. 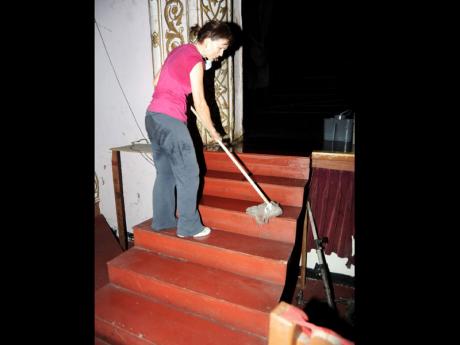 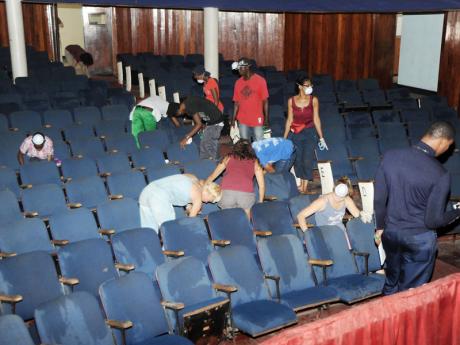 It was action time for the many voluteers who cleaned up the Ward Theatre last weekend. 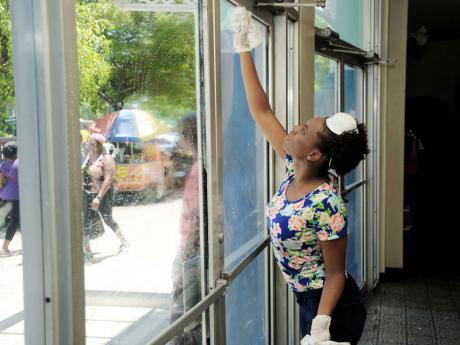 A love for the Ward Theatre and a desperate desire to see it restored to its former glory were the main reasons given by several of the persons who volunteered their time last Saturday and Sunday to begin the clean-up of the magnificent facility in the heart of downtown Kingston.

"A lot of people just walked in off the streets and came to help us clean up the facility," said Dr Jonathan Greenland, a director of the Ward Theatre Foundation.

"We would really like to encourage persons to start giving back to the theatre as it's the home of some of Jamaica's greatest performances."

When our news team visited the theatre over the weekend, persons were busy cleaning the inside of the once majestic theatre.

A former director of the Ward Foundation, Nicola Crosswell, said that the clean-up was an important part of the planned restoration of the facility, which has been standing since 1912, and which will best be done one step at a time.

"Looking around, I can see how passionate these people are, cleaning to help restore the theatre. Many left their houses to help us, and I am so thankful to them," said Crosswell.

"It will take a lot of money to restore the theatre, and instead of trying to get that money one time, it's better for us to start this way," she said. "I am happy to see that there are actually people who care about the theatre as well as us."

One volunteer from nearby Love Lane, Terrence Davis, said he grew up seeing some of the best performances at the Ward Theatre and wants to see the facility host many more performances from some of the greatest acts in the world.

"I realised that from the Ward Theatre is down is like the entire communities around it went with it," said Davis.

"I would love to see the place come back to what it was as I grew up on some goods acts done here - from people like Oliver Samuels, Lovindeer, and nuff more," said Davis.

One volunteer voiced her disappointment that the theatre had fallen to its current level of disrepair.

The woman, who asked that her name be withheld, said she performed in the theatre 20 years ago when she was just five years old.

Many of the volunteers said they never got a chance to see a performance at the Ward Theatre as this was their first time at the facility.

The restoration has been the dream of many Jamaicans for the last decade. The theatre was opened in December 1912 and is often described as unmatched in its architectural elegance and near-perfect acoustical construction.

The Ward Theatre Foundation, which is trying to resurrect the facility, has estimated that it will take about US$6.9 million to breathe new life into the facility, which was given to Jamaica by then Custos of Kingston, Colonel C.J. Ward, after the devastating 1907 earthquake.

As part of the effort to raise that money, a fundraising concert is being planned, with The Alpha Boys' Choir, and the group No-Maddz being among the performers already confirmed.

The Ward is the largest theatre in the English-speaking Caribbean, and although there are other facilities locally for the performing arts, there is nothing that compares with the majesty of the Ward.

"What we intend to do is to make the theatre a multi-purpose facility, and as you know, the two major political parties were launched there, and we constantly get requests for public meetings and church functions," the Ward Theatre Foundation has disclosed.