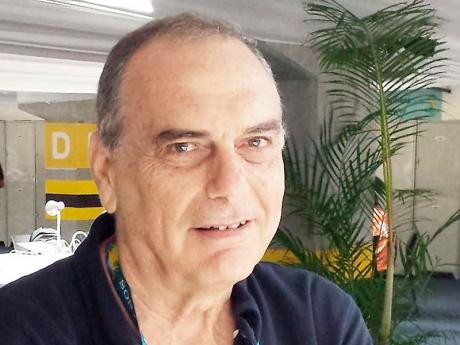 They're here. Jamaica is not. Yet while none of the four CONCACAF teams at the 2014 World Cup are shedding any tears over the Reggae Boyz' failure to squeeze them out of a place at football's top tournament, early results by the region's representatives at 'Copa Mundo' appear to have earned Jamaica some measure of respect.

"Jamaica is not here, but the results so far show Jamaica could have been competitive if they were here," explained American Kyle Griffith, a fan here who watched yesterday's game between Portugal and Germany after witnessing Costa Rica's 3-1 whipping of highly fancied Uruguay and Mexico's 1-0 win over African giant Cameroon.

"We're happy the US is here, but the results show that our CONCACAF group is not bad, and teams like Jamaica, even though they didn't make it, can compete on the world stage."

Hours before the United States, which topped CONCACAF's final qualifying round, opened their World Cup against Ghana, the results - despite Honduras's 3-0 defeat to France - had given fans from the Caribbean and North and Central American countries reason for hope among the 32 top teams in the world.

Griffith and others recognised Jamaica's 8-0 thrashing by World Cup-bound France in a friendly on June 8, and the Boyz' lukewarm results in three additional games of the recent tour.

However, respect for CONCACAF teams has gone well beyond mere fan bias. Big names at the World Cup have underlined the region's progress, and, even with Jamaica's absence, sense its rise in world football.

"I've always thought that this region is good for the football," said Israeli Avram Grant, former coach of English Premier League clubs like Chelsea and West Ham, who is at the World Cup as a television commentator.

"The players by nature are very athletic and like football very much. They control the ball, which you need."

According to Grant, World Cup opponents have been warned that CONCACAF teams will be no pushovers at this tournament and in the future.

"Mexico and Costa Rica, you can see that they are playing good," Grant said. " ... I think all the teams in this (CONCACAF) area can be better."

He believes, however, that the established football nations are "more ready" than CONCACAF teams at the World Cup, despite the fast-closing talent gap. But Grant didn't hide his warning for CONCACAF opponents.

"All the big teams know it is not easy to play against them," he said.

Grant said recognition of and respect for CONCACAF players, including those from Jamaica, are growing rapidly. During his tenure at Chelsea, he said the club had over 50 scouts worldwide, with two assigned to the Caribbean. Quality, he's convinced, is there. With Costa Rica down a goal against Uruguay, Grant predicted 'Los Ticos' would rally. In the past, he wouldn't have made that call.

"I said in the half-time ... that Costa Rica would not lose the game," Grant explained. "If it was one-nil, let's say five years ago, 10 years ago, I could say that it would be three-nil or four-nil (for Uruguay). But you felt that it was not the end of the game, because (Costa Rica) was fighting very good. They were intelligent on the pitch and there is some quality."

After reviewing the region, Grant said he won't underestimate Jamaica and CONCACAF's rise. Other countries, he added, do so at their peril.

"I must say I paid attention to this area, not just Jamaica," Grant said. "All the countries around, because I saw that there was good talent there."