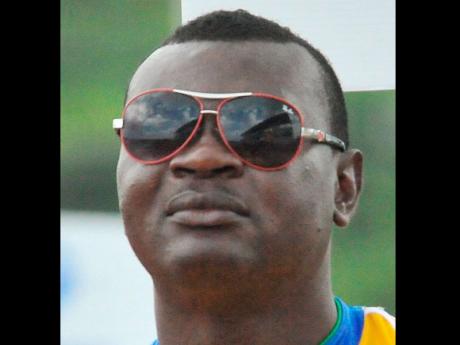 After picking up the pieces of a somewhat jaded Reno FC, which had seen head coach Michael Graham resign his post midway the 2013-14 Western Confederation Super League season, the Westmoreland-based club and former three-time Premier League cham-pions have gained promotion to top-flight football, thanks, in great part, to stand-in coach, Godfrey Drummond.

However, they will enter the next Red Stripe Premier League season, which starts in late August, with a new man at the helm.

Drummond, a primary school physical-education teacher, who holds Jamaica Football Federation (JFF) Level One certification, has decided to mutually bring an end to his stint with the club.

"I never committed long term to the club," Drummond said.

"The agreement was to assist the club in winning the Western Confederation Super League and to qualify them to the Premier League, which I am proud to say we did. Other than that, I don't see myself here at the start of the new season," Drummond told The Gleaner.

His short but successful stint in charge at Reno saw them revitalised in time for crucial quarter-final matches in the Super League, advancing to the semi-finals against Tomorrow's People FC. They won that clash with ease, 3-0, before defeating Granville in the two-way final.

The nine points they accrued in the Premier League playoffs, to hold down the second automatic qualifying spot, was enough to take them back to familiar stomping ground, edging out Jamalco - against whom they played out a 0-0 draw on Sunday - on goal difference.

"I did my job in guiding the club back to the Premier League, and I will relinquish the role as coach to a new person, which the club's executive will decide on," said Drummond.

He said he has made recommendations to the club's management on how to strengthen the team for the upcoming season, reasoning that it lacks strong expe-rience in top-flight football, and should not expect to compete without more experienced and quality players.