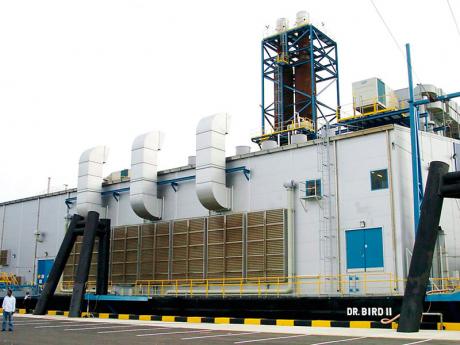 CACAO JEP Limited, the principal shareholder for independent power producers Jamaica Energy Partners Limited and West Kingston Power Partners has made a private placement, through its brokers First Global Financial Services (FGFS) and Oppenheimer, of senior secured notes with which it intends to raise about US$60 million.

Proceeds of the deal are intended for repaying the issuer's existing indebtedness, paying transaction costs and to be used for working capital, according to a preliminary prospectus seen by Wednesday Business.

The principal debt to be retired is US$47.31 million owed to Citicorp North America which is due to mature on December 22, 2014.

The prospectus seen was marked preliminary but indications are that the offer is now on the market and will shortly close.

The deal was initiated by FGFS, which is being acquired by Proven Investments Limited.

Jamaica Energy Partners' chief executive officer, Wayne McKenzie, told Wednesday Business that the transaction being in progress, he would make no disclosure at this time and would prefer to comment later.

Steven Whittingham, president of FGFS said lawyers have advised against any comment.

The preliminary prospectus, however, indicates that the offer of secured senior notes is being made by CACAO JEP Limited, which is domiciled in St Lucia. Pricing of the issue was described as being in the "10.50 per cent area" with a maturity date of 2019. The minimum order which can be made is for US$200,000, according to the offer document.

"The notes will be unconditionally guaranteed, jointly and severally by Jamaica Energy Partners and West Kingston Power Partners," the document notes. The deal was expected to be priced during the week of June 2, 2014, but up until press time yesterday, was still undisclosed.

Conduit Capital bought back the assets of Jamaica Energy Partners from Basic Energy, a privately-owned group with a concentration of assets in the Dominican Republic in June 2009, after selling it in 2007.

Jamaica Energy Partners and its sister company West Kingston Power Partners have a combined capacity of 190 megawatts of power with primary income earned from the Jamaica Public Service Company (JPS).

The prospectus indicates that the notes on offer are 100 per cent guaranteed by equity in Jamaica Energy Partners and West Kingston Power Partners.

The companies said revenue obtained from the JPS "have been sufficient to pay all of our operating expenses and debt service to our lenders while leaving excess cash available for quarterly distributions."

They noted that "we have long-term power purchase agreements pursuant to which our off-taker is required to pay us a fixed charge, so long as we have certain available generation capacity, regardless of whether we ever generate any electricity. Our fixed charges provided us with strong cash flows."