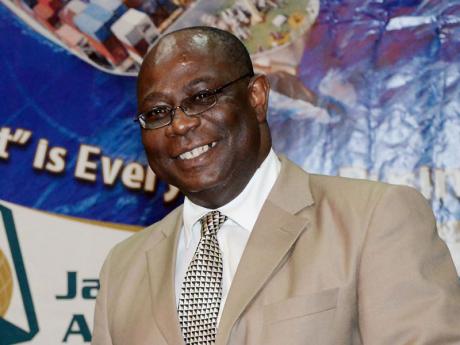 Salada Foods Jamaica has spent $26 million for a 70 per cent shareholding in a fledgling local spice producer, Pimora Company Limited, as the coffee company continues its push to diversify product offerings and improve falling sales.

The company will be manufacturing pimento briquettes for the local and export markets under the new arrangement which saw it commercialising the product developed by Pimora.

"It's a new company. We developed the product and we needed to actually capitalise the company in terms of getting equipment and getting working capital, so Salada has actually come in and provided the money to the extent of $26 million," Pimora's director, Vitus Evans, told Wednesday Business.

"They get 70 per cent of the company in the first instance, and, any time after two years, we get the right to purchase ... 10 per cent, so we should end up with about 40 per cent and they end up with 60," said Evans.

Salada is a producer of coffee, a range of other beverages, drink mixes and dessert products. The company, which has been in the coffee-processing business since 1958, is the largest of four coffee processing plants in Jamaica, and the only soluble coffee processor in the Caribbean.

For its three months ending March 31, 2014, Salada saw a 12 per cent drop in sales, closing the period at $124 million, down from $140 million during the corresponding period last year.

The company posted $9 million in net profit, a 66 per cent decline from the $29 million it posted during the comparative quarter in 2013.

Salada increased its spend on selling and promotional expenses, moving to $7.6 million, up from the $4.6 million during the corresponding period last year.

Pimora, which began operating in 2011, is set to launch other products through Salada, Evans said.

"We had the innovation, and this is the way we chose to commercialise it," the former Jamaica Exports Association president said, adding that Salada was chosen for its expansive distribution network.

Besides being aimed at local jerk vendors, the pimento briquettes are targeted at the United States, United Kingdom and Canadian markets, "and as far as Australia", Evans said, adding that strong enquiries for the product have been received.

"We are looking at everywhere that we have penetrated with jerk seasoning," said Evans.

The product is made of compressed dried pimento leaves for which Pimora has established source markets "across the country", Evans said.

"We have entered into agreements with a number of farm owners with pimento on their land to actually allow us access to prune those trees and collect the leaves. The mature leaves are collected and dried. We are not taking the branches or cutting down any trees," he explained.

Pimento briquettes are placed in the fire with the coals or in the gas stove, and when ignited, will permeate the meat with the odour of the pimento, which will be infused in the meat as it's cooked, Evans said.

Acting general manger of Salada, Keshia Nelson-Brown did not respond to Wednesday Business' queries up to press time.