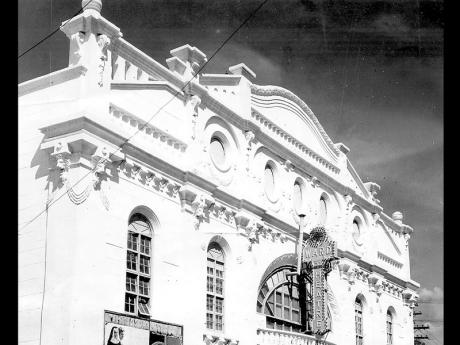 After years of being temporarily closed to the general public, The Ward Theatre will reopen its doors later this month.

Earlier this year, Jonathan Greenland, executive member of the Ward Theatre Foundation, told The Gleaner that it would take $10 million to get the theatre up and running again, but stated that the theatre could reopen its doors if it got a much-needed facelift.

After months of asking members of the public to volunteer in a clean-up effort at the theatre, Greenland's requests were finally answered.

Last weekend, volunteers from several communities in the Corporate Area participated in a clean-up activity at The Ward following confirmation that the theatre would be one of 22 venues involved in the staging of Kingston on the Edge Urban Arts Festival (KOTE).

The clean-up has meant the theatre is now in what KOTE organisers have called "useable condition" and will be the venue for a June 22 concert.

The concert, an initiative of the KOTE Ward Theatre Project, will see performances from the Alpha Boys' School Orchestra, The Moder-Ashbourne Gang, Third World's Cat Coore, and No-Maddz, among others.

KOTE 2014 is scheduled to run from June 20-29 and organisers say they are particularly excited about the Ward Theatre's inclusion as the theatre is a Jamaican landmark.

"KOTE 2014 intends to bring public awareness to this heritage site through the medium of performing arts. This event intends to reintroduce the Ward Theatre and its cultural importance to the general public," said Enola Williams, co-founder of KOTE.

KOTE is a nine-day celebration of the innovative arts and diverse artists who live, work and/or are inspired by Kingston.

With tremendous international appeal, KOTE has, over the years, attracted more than 450 artists and performers worldwide, including artists from the United States, France, Spain, Venezuela, Australia, and Poland.