Four years, no convictions for INDECOM 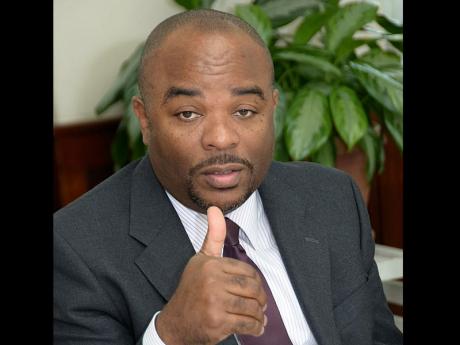 AFTER FOUR years and more than 2,000 cases of alleged extrajudicial killings and other abuses by members of the security forces, the Independent Commission of Investigations (INDECOM) has not had a single conviction.

However, INDECOM boss, Terrence Williams, who made the admission yesterday, insisted that this should not take away from the successes of the oversight body.

"A conviction is not a true measure of success. It could misdirect attention to results rather than to be fair and just to all in every case," said Williams as he addressed the Kiwanis Club of Kingston's 50th anniversary luncheon at the New Kingston Conference Centre.

Established in 2010 to probe allegations of wrongdoing by members of the security forces, INDECOM is now pursuing more than 2,000 ongoing investigations. Fatal shootings, assaults, and shooting injuries account for 60 per cent of those cases.

Noting that more than 80 agents of the State are currently before the courts on a range of charges, including murder and failing to provide a statement, Williams said in all the other cases, his agency was still waiting for the trials to start.

"This is a sad truth about the delays in our courts in Jamaica, and the efforts to speed up criminal trials must continue. Our courts are choked with cases, and the delay in completing cases threatens respect for justice," he argued.

Despite this, the INDECOM boss defended his agency, asserting that it had made significant gains in its push to hold members of the security forces accountable.

As an example, Williams revealed that in the last five months, fatal shootings by members of the security forces fell to an average of 12.4 per month, down from a monthly average of 20 in the preceding months.

"This year is seeing the first meaningful reduction in fatal shootings in almost a decade," he underscored.

Another major improvement, according to Williams, is that INDECOM has managed to change the culture among members of the security forces, who, in the past, refused to provide statements about incidents in which they were involved.

He noted that INDECOM's predecessors, the Police Public Complaints Authority (PPCA) and the Bureau of Special Investigations, were empowered to compel members of the security forces to provide statements, but in many cases, "months would pass" before most would even bother to give a written account of an incident.

"The PPCA wrote frequently to the commissioner of police, but largely, those efforts failed to encourage compliance. On taking over the PPCA's files, there were almost 100 that were to be closed because no statement had been submitted by the police officer," Williams lamented.

Since the advent of INDECOM, he said agents of the State are now aware that they will face criminal charges if they fail to make themselves available for interviews or provide a written statement.

"As a result, we are getting statements within 10 hours of an incident," Williams noted.