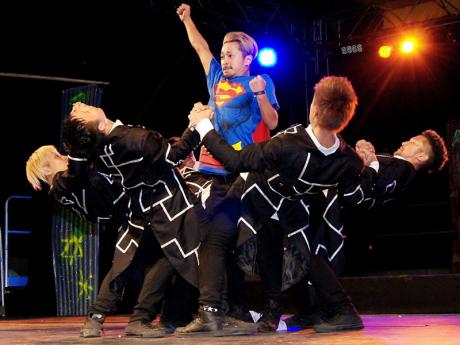 In an effort to preserve the cultural partnership between Jamaica and Japan, the Jamaica Cultural Development Commission (JCDC) will participate at the One Love Jamaica Festival in Tokyo, Japan, set for Saturday and Sunday.

The festival, organised by the One Love Jamaica Festival Committee (Japan), will collaborate with the JCDC for the second time on the staging of one of the eliminations of the 2014 World Reggae Dance Championship.

Competition coordinator, Juliet Cowan-Morgan, will be present at the 10th staging of the One Love Jamaica Festival in Japan, which has become a staple in that country because of its people's love for Jamaica's music and culture.

A memorandum of understanding has been signed between the JCDC and the One Love Jamaica Festival Committee (Japan) so the World Reggae Dance Championship could have its elimination show during the festival.

The JCDC World Reggae Dance Championship began in 2006 in an effort to give national and international exposure to the talent that exists in reggae, roots and dancehall.

Since its inception, the championship has received entrants from dance communities across Jamaica and overseas.

In 2009, the first group from Japan entered the championship, finishing second.

Entries are still being accepted for this year's championship, which is open to dance groups comprising from three to six persons, 18 years of age and older. International entries are also accepted. Persons have until Saturday, June 28 to enter the competition.

June 28 is also the final elimination show date. The event is to be held at the Nelson Mandela Park in Half-Way Tree at 4 p.m. Successful entrants will then move to the semi-final round.

Entry forms for the competition are available at the JCDC head office, 3-5 Phoenix Avenue, Kingston 10, all JCDC parish offices islandwide and online at www.jcdc.gov.jm.

Completed forms can be dropped off at any JCDC office before the elimination show or taken to the venue at least two hours before.