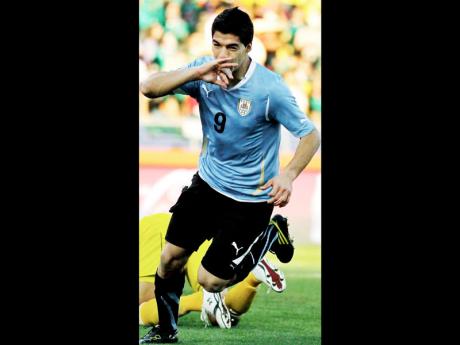 This crazy season of upsets has picked up steam. The latest casualties fell in Brazil at the 20th World Cup and more trouble for big names may be around the corner. No big-name favourite appears to be safe.

No one could have foreseen the 5-1 drubbing received by world champions Spain by 2010 runners-up Holland on June 14. The 3-1 loss by 2010 semi-finalists Uruguay to Costa Rica and the 2-1 USA win over Ghana were equally surprising. Yet, these losses follow a trend of summer upsets.

The Williams sisters - Serena and Venus - were bundled out of the French Open before you could say 'Game, Set and Match'. Swiss maestro Roger Federer was heading for the exit not long afterwards. Unknown Tori Bowie then ambushed the world's 200-metre elite in Eugene. Those losses set the stage for the NBA finals where the Miami Heat sought a three-peat. The Heat were cooled by a fine performance by the San Antonio Spurs.

Beforehand, the Tim Duncan-Tony Parker led Spurs resembled the 2011 Dallas Mavericks, whose veterans beat the Heat in the finals that year. In actuality, the Spurs were energised by 22-year-old Kawhi Leonard. His shooting and court pressure harassed and harried the Heat.

Miami fans are probably too busy gnashing their teeth to need a reminder that the NBA finals ended 4-1 in favour of the Spurs.

World Cup contenders will probably learn a lot from the NBA upset. While the Heat leaned heavily on talisman Lebron James, the Spurs relentlessly played team basketball. In the heat of Brazil, that's probably the best bet.

With energy at a premium, it's probably wise to make the ball do the work. It's a common sight to see players suffering from cramps. Until they get used to it, almost anyone who plays at full speed for 90 minutes will suffer. Team play and ball movement is clearly smarter.

Today's big match is England versus Uruguay. It's a must-win game for two teams who lost their opening games. If Liverpool's Luis Suarez is fit and England win, that would be another upset. After all, Suarez has terrorised English defences to the tune of 31 Premier League goals this season.

However, in this season of upsets, anything can happen.