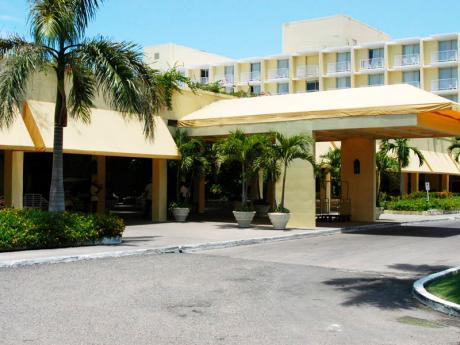 Sales agent CBRE Hotels is positioning the hotel as a luxury property, saying in its sales pitch that Jamaican upscale hotels had achieved a 26.3 per cent gain in revenue per available room for the year ending February 2014.

The sale price notes that some US$55 million had been invested in upgrades to the resort since 2005, when Blackstone acquired it.

Local industry sources say the hotel is now worth about US$100 million.

Attempts to reach marketing representative Christian Charre of CBRE were not successful.

Ron Day, general manager of the Hilton Rose Hall, says the property will continue to operate as normal.

"Whereas I do not have insight into our owner's investment strategies, I can assure you that Hilton Hotels & Resorts, being the management company, has no plans to discontinue operating the resort. We remain fully operational, continuing to welcome our guests with the same quality service and hospitality experience they have come to enjoy," Day said.

Blackstone also owns the Hilton Hotels Corp and brand, which it acquired for more than US$26 billion in a leveraged buyout in 2007. It took the hotel group public last year, raising some US$2.4 billion.

CBRE says the buyer may continue to operate under the Hilton brand, operate independently or re-affiliate.

The property, which sits on 400 acres of land on the eastern outskirts of greater Montego Bay, was developed by businessman John Rollins in the 1970s and operated in the early years as the Intercontinental Hotel.

It later operated under the Wyndham brand before rebranding as a Hilton resort.

The Rose Hall resort sits on what was previously a legendary 18th-century sugar plantation. It has a total of 489 rooms and sits afront 1,800 feet of private beach.