Berry under fire from Mayberry shareholders 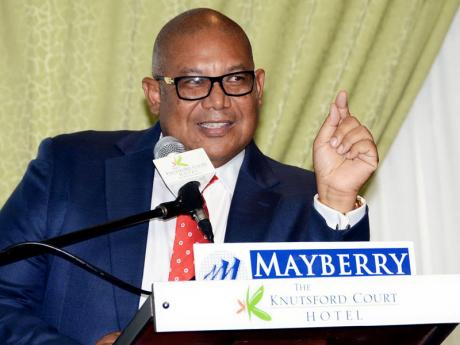 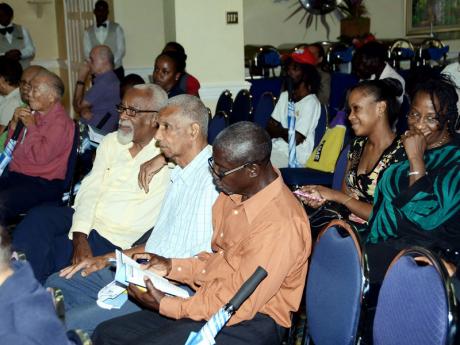 The company's shareholders showed up to Wednesday's annual general meeting looking for answers on the company's strategy regarding its investment in Access Financial Services.

They also wanted to know Mayberry's plan to strengthen its finances after the blow from the debt exchange.

On the same evening of the meeting, an email was circulated to media houses under the anonymous address of 'Mayberry Shareholders', criticising Berry for not sufficiently addressing the questions and concerns raised at The Knutsford Court Hotel meeting.

Berry, who is one of four defendants in a legal fight with Access' founder and CEO, Marcus James, said their differences appeared irreconcilable.

"We did say we were willing to sell our shares and that's no joke. It's a serious thing. We want to sell and the reasons we want to sell is that James definitely wants to stay on and the relationship is not too good," he told the AGM.

"We do not want to be fighting with him. We have to do our duties as directors in order to protect the company. He the CEO has taken legal action to prevent us from doing our duties," he said.

James is trying to prevent Access board members Christopher Berry, Gary Peart and Brian Goldson from initiating his removal as CEO.

At the AGM, Berry's irritation was on full display when minority shareholder Orrett Staples prodded him to answer questions about the company's performance and turnaround plan.

Mayberry lost J$337 million from the NDX at yearend 2013, which led to pre-tax losses of $22 million. The company made net profit of $74 million in the first quarter of 2014 and gave shareholders 12 cents per share dividend. But several shareholders, including Staple, were not satisfied.

Staple: "My concern is where do we go from here?

"Mr Chair, what these numbers show me is that our investment in this company is disappearing before our eyes and somebody needs to tell us why and, more importantly, what is being done about it. Can you tell us how you can resurface these numbers."

Berry: "Do you have any other questions?"

Staple: "Yes, sir, but I would like all my questions to be answered as I go along. I am reaching that age you know."

Berry: "Since I am the chair, do you have any more questions?"

Staple, among other queries, probed for an update on Access Financial which met with the statement that the matter could not be explored extensively as it was in court.

"From where I sit, people refer to it as a dispute. I don't really see it as a dispute. I am going to try to be very careful in what I say. Basically, we thought this was a great investment for the company and if you look at the numbers up to now, I think, in that case it was definitely one of our better home runs," said Berry.

"When you are the director of a company you have special responsibilities. We felt that the interest of the company was not being particularly well served by some of the things we saw ... People sympathetic to him [James] have been printing a lot of stuff in the papers. I don't know if you expect a director of a company to be running around after every article published in the paper. I think my time is better spent trying to seek out value and preserve value for the shareholders. As I said before, it's in court; there are limits to what I can say and I probably have said too much, but what I have said is true."

In relation to the shrinking stock value and earnings per share, Berry said that by other metrics the company was doing well.

"There are several ways to look at the value of the company. One of the ways is the net book value. Ours went up last year. Yes, our profits were bad. We did not do well, we told you why, but the overall value of the assets in the company actually increased last year. So building a company is not always in a straight line."

Later in the meeting, Staples again rose to ask additional questions about the company's accounts, including whether the company would consider using its savings from tax credits to pay a bigger dividend of about a $1 per share.

Berry at this point appeared to lose patience.

"Do you have an accounting degree," he demanded of Staples.

"No, and I don't want one," Staple shot back undeterred.

In response to questions about the effect of the changing junior stock market on the company, Berry said that the market was not a big source of income for Mayberry and that much better returns were being garnered from investment banking, with over J$2 billion in funding raised year to date.

He also pointed out that despite the underperformance in revenues and profit, the company won several awards during the 2013 period in relation to its work on the stock market and the Jamaica Employers' Association.