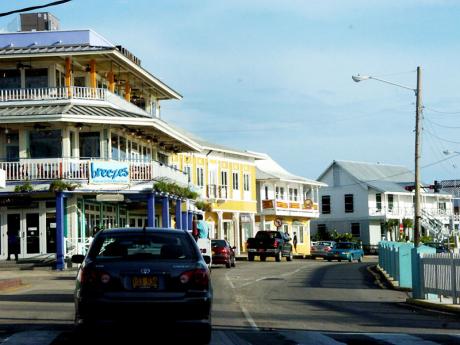 Cayman Islands' Ministry of Financial Services, Commerce and the Environment is now collecting industry feedback on guidance notes circulated to the financial sector regarding tax compliance under separate inter-governmental agreements, or IGAs, with the United States and the United Kingdom.

The guidance notes are meant to assist banks, investment and securities companies, trusts and insurance companies - all falling under the jurisdiction of Cayman Islands Monetary Authority (CIMA) - in interpreting FATCA agreements.

The offshore banking sector includes 212 banks with assets of US$1.503 trillion.

Cayman Islands and the UK signed their 'Agreement to Improve International Tax Compliance', last November 5, based on the US Model 1 IGA.

It signed a similar agreement four weeks later with the US on November 29. To accommodate the non-direct tax system in the Cayman Islands, the IGA was a Model 1B or non-reciprocal agreement, CIMA said.

"It is expected that as an IGA partner jurisdiction, Cayman-based financial institutions will not be subject to a 30 per cent withholding tax on US source income, unless they fail to meet the requirements set out in the IGA and in Cayman domestic implementing legislation," the guidance notes state.

CIMA says draft primary legislation published in April as a green paper and draft regulations will be circulated for consultation after feedback on the guidance notes.

The Cayman Islands has 389 trust companies and 212 banks among other financial institutions supervised by CIMA.

The banking sector comprises seven retail and eight non-retail category 'A' banks and 197 category 'B' banks. Most of these banks are 'branches' (137) and subsidiaries (56) of banks domiciled in North America, Europe, and South America.

The domestic market in Cayman is serviced by seven retail banks which operate under category A licences. Other banks that hold category A licences generally do so in order to offer principal office/authorised agent services to category B banks that do not have a physical presence in the Cayman Islands, and to provide investment banking services.

A letter from the Ministry of Financial Services, provided through CIMA, noted that the FATCA Working Group has also established an IT subgroup to focus on technical needs under the planned automatic exchange of information with the US.