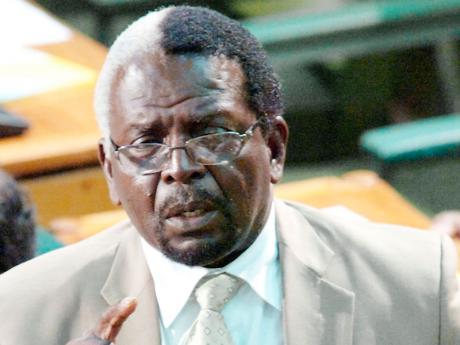 NORTH CENTRAL Clarendon Member of Parliament Pearnel Charles is warning the Portia Simpson Miller-led government that it is sitting on a time bomb, which could explode if Jamaicans are called upon to make additional sacrifices in the cause of fiscal stability.

The Government has entered into a four-year extended fund facility (EFF) arrangement with the multilateral agency, the International Monetary Fund (IMF) for budgetary and balance of payments support.

The objectives of the programme include reducing the country's debt from the current 140 per cent of GDP to at least 60 per cent by 2026; and reducing the public-sector wage bill, tax and other reforms which would create the platform for economic growth.

But with the value of the Jamaican dollar having been lowered by 11 per cent last fiscal year, and it is continuing to lose value against the United States dollar, the parliamentary opposition has been leading the call for the Government to renege on its commitment to the IMF to allow the dollar to be devalued to a level where it is competitive.

Charles, recalling a pledge by then Opposition Leader Simpson Miller to be the government's "worst nightmare", argued that if the governing People's National Party "was in opposition and we were in Government, and doing what you are doing now, there would be no country".

"If it were you, you would be stomping the ground, marching up and down, saying that we must pack our bags and go," Charles added.

He said that the former government, with Audley Shaw as finance minister, resisted the demands of the IMF because of the impact that some of the adjustments would have had on Jamaicans.

Under Shaw's leadership as minister, Jamaica failed to take three consecutive quarterly reviews under a stand-by agreement inked in 2008. Dr Phillips has said the failure of the previous government to honour its obligation has created a trust deficit which has resulted in the Government being called upon to impose steep adjustments such as meeting a 7.5 per cent primary surplus over the life of the programme.

In closing the Budget Debate in April, Phillips said the Opposition was not in a position to lecture the Government about its management of the economy.

Jamaica, under Phillips as finance minister, has passed three consecutive quarterly reviews under the EFF, and a fourth review has been concluded and is now subject to ratification by the Fund's board.

Jan Kees Martijn, the IMF's mission chief for Jamaica, has said the economic outlook in Jamaica is improving.