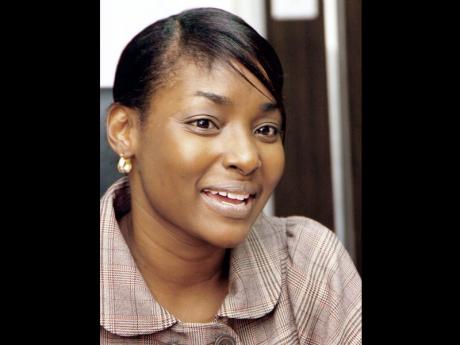 RECOGNISING JAMAICA'S unenviable record of missing revenue targets, Auditor General Pamela Monroe Ellis wants the ministry of finance to include tax compliance as a major feature of the Fiscal Policy Paper (FPP), which is tabled along with the Budget by the finance minister in Parliament.

"An assessment of the impact of tax administrative/compliance measures over the medium-term period should be considered and included in the FPP in light of the consistent revenue shortfall," the auditor general said.

"The ministry should explain in future FPPs the reasons stepped-up compliance actions did not lead to the expected revenue increases that were initially targeted, and to clarify the measures that will be undertaken in order to overcome the difficulties in achieving the revenue targets from stepped-up compliance," she added.

Tax revenue last year fell $16.7 billion short, forcing the Government to cut several programmes which were budgeted to be undertaken.

Meanwhile, Monroe Ellis has also proposed that the finance minister provide her department with an addendum to the FPP, which would provide her team with sensitive information relating to perceived fiscal risks as well as quantifying the growth and cost-savings measures.

"This will aid in the assessment of the variances between the fiscal targets and the out-turns, as well as the explanations provided by the ministry," the auditor general said in a draft report on the FPP tabled in the House of Representatives on Tuesday.

The ministry has stated its concern regarding public disclosure of market-sensitive assumptions, but Monroe Ellis said she did not receive sufficient information in the FPP to allow her to determine whether the conventions and assumptions underlying the preparation the FPP comply with a key fiscal management principle under the Financial Administration and Audit Act.

The act requires that "fiscal risks are to be managed prudently with particular reference to their quality and level".

In her report to Parliament, Monroe Ellis said the ministry of finance, "though disclosing the sources of fiscal risks did not quantify the impact the realisation of the risks may have on their targets".

She noted that the ministry has indicated that the timing and uncertainty associated with these risks impede its ability to quantify same. But according to the auditor general, "the absence of this critical information provides me with no basis on which to provide reasonable comment that this principle has been complied with in the FPP".