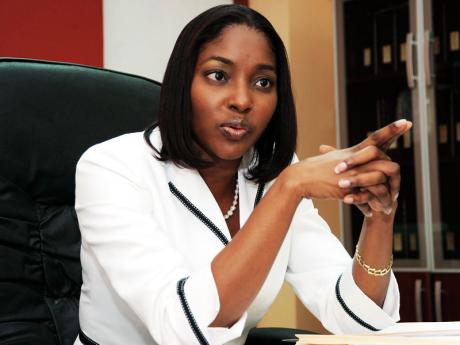 AUDITOR GENERAL Pamela Monroe Ellis has said she is unable to say whether Jamaica will be able to achieve the target of reducing its public debt to 60 per cent or less of the gross domestic product (GDP) by the end of the 2026 financial year, because the Government is currently using two distinct measurements to calculate the public debt.

"Because the debt to GDP projections being presented in the Fiscal Policy Paper (FPP) Financial Year (FY) 2014/15 are not in keeping with the definition of public debt, I am not able to determine how the Government will achieve the stipulated debt to GDP target," Monroe Ellis said in a report to Parliament.

The report, which was tabled on Tuesday, is a requirement under the Financial Administration and Audit (FAA) Act. The law places a responsibility on the auditor general to examine the components of the FPP and provides a report to the Houses of Parliament indicating the assumptions underlying the preparation of the FPP comply with the principles of prudent fiscal management.

Jamaica has enacted enhanced fiscal rules under the four-year extended fund facility with the International Monetary Fund (IMF), which, among other things, require that the country reduces the ratio of wages paid by the Government as a proportion of the gross domestic product to nine per cent or less by March 31, 2016.

On the score of reducing the public debt, which is also a legal requirement under the fiscal rules, the auditor general said there is a difference between the definition of public debt in the FAA Act and the coverage of the public debt being presented in the FPP.

The coverage for public debt in the FPP FY 2014/15 refers to the stock of public debt directly contracted by the central government, Bank of Jamaica debt, and government guaranteed external debt.