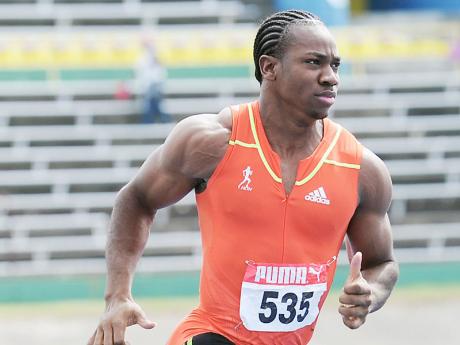 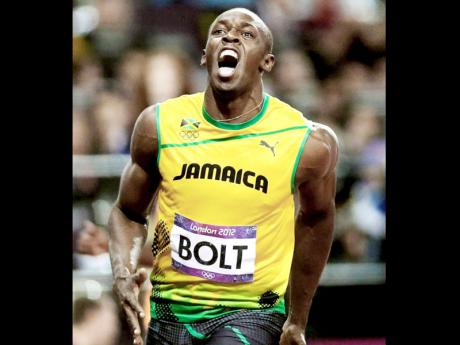 World 100 and 200 metres champion Usain Bolt will not be competing at this year's Commonwealth Games in Glasgow, Scotland.

Another Jamaican sprint star, Yohan Blake, is also out according to sources close to the runner.

Former world 100 metres record holder Asafa Powell, and Sherone Simpson, have entered next weekend's Jamaica Athletics Administrative Association (JAAA)/Supreme Ventures Limited (SVL) National Senior Championships and will be seen in Glasgow if they qualify in their respective events. Athletes must compete at the national championships if they wish to be a part of the Jamaican contingent in Glasgow.

At a press launch for the June 26-29 national championships yesterday at the National Stadium, president of the JAAA, Dr Warren Blake said Bolt and Blake had not entered the championships up to yesterday's deadline for entries. Bolt, he said, was just returning from injury and is not expected to be available.

"Two notable names that have not applied yet are Usain Bolt and Yohan Blake. Bolt is injured while Blake is expected to enter," Dr Blake said at the launch.

Powell and Simpson have appealed against the 18-month suspensions imposed on them by the Jamaica Anti-Doping Disciplinary Panel earlier this year after they tested positive last year for the banned stimulant oxilofrine.

Their appeals are due to be heard by Court of Arbitration for Sport (CAS) early next month. They have been allowed to compete pending the appeal hearings. They are hoping to have the bans reduced so that they will be able to compete at the July 23-August 3 Commonwealth Games.

"Sherone Simpson and Asafa Powell had their ban lifted by the CAS, and both applied, and are in," Dr Blake also disclosed. "Most of the senior athletes have indicated readiness to participate at the trials," he added.

Carlene Edwards, SVL Sponsorship and PR manager handed over her company's sponsorship cheque of $10 million, which is down from the $12 million contributed last year.

"We are once again happy to partner with JAAA. We have been there since 2004 and will continue for many more years. We are in for four days of highly competitive events and exciting rivalries on the track and in the field," Edwards said.

"This year our commitment is $10 million, but next year it will be more," she promised.

Tickets for the championships will go on sale next Tuesday at the Jamaica Pegasus Hotel, National Stadium and York Pharmacy in Half-Way-Tree.