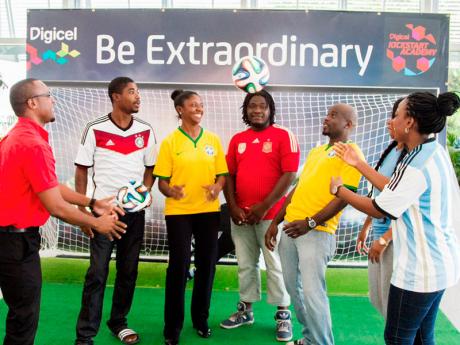 The Digicel/Jamaica Football Federation (JFF) Grassroots Football Clinics will culminate with a 'Festival of Champions', at the JFF Training Centre at the University of the West Indies today, with action from 10 a.m. to 4 p.m.

The event is actually a celebration of the participants who showed extraordinary talent throughout the one-day Digicel/JFF Grassroots Football Clinics that were held across the island, where aspiring young footballers, along with their coaches, were able to train with JFF-trained coaches led by Andre Virtue.

The clinics were designed to introduce football to boys and girls 12 years and younger and were part of Digicel's commitment of developing sports among Jamaica's youth.

Ten children and three coach educators from each parish will be involved in today's activities, which also includes an awards ceremony in recognition of the coaches, participants, and volunteers.

Dancehall artiste Wayne Marshall will also make an appearance with his son, Giomar, to perform several of his hit songs.