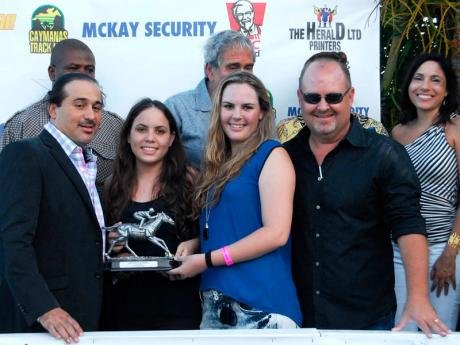 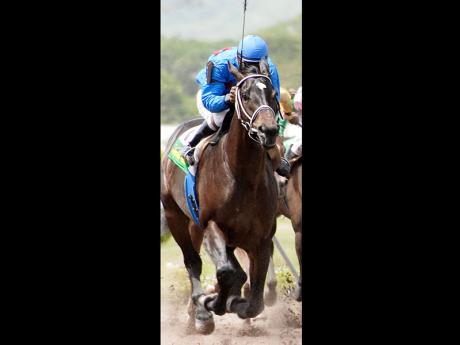 Among his five opponents is the horse who handed him his last defeat, in the 2013 Superstakes, TYPEWRITER. who shoulders topweight of 57.0kg with customary jockey Shane Ellis riding for trainer Spencer Chung.

The two are derby winners and the 2012 derby hero, TYPE-WRITER, is set to allow the 2013 winner 3.0kg over what is an ideal trip for both.

The race is not necessarily confined to the top two distance horses, as 2013 Gold Cup winner, COMMANDING CHIEF, as well as stable companions PETE'SWILDONE and UPPA TUNE - both American horses trained by Ian Parsard - should keep them completely honest.

UPPA TUNE represents the speed horse in the line-up. Though he will be chased from early by the Everal Francis-trained COMMANDING CHIEF, under champion jockey Dane Nelson, he will have to be caught.

DOWN TO DERBY WINNERS

Bearing in mind the distance, however, it should come down to the two derby winners, with PERFECT NEIGHBOUR given the edge.

The four-year-old colt by Natural Selection out of Desperate-housewife ran on strongly to beat stable companion BLAST THEM AWAY, POTCHEEN and PETE'SWILDONE in the April 19 Lady Geeta Trophy, 1200 metres, a distance short of his best.

Last time out, he proved too strong for PETE'SWILDONE again, in the Chairman's Trophy, 1500 metres, under topweight 57.0kg.

PERFECT NEIGHBOUR is obviously a better horse this year and, having worked exceptionally well in preparation for this trophy, galloping seven furlongs in a brisk 1:28.0, by 1:13.2, for six furlongs last Sunday morning, he ought to be followed.

Other firm fancies on the card are consistent ELUSIE DREAM to lead home recent winner SEQUOYAH in the opening race (non-winners of two) over a mile; 2012 Oaks winner EXOTIC GOLD, to romp the second race over a mile for overnight allowance horses; EL CLIENTE to repeat in the third; INSANE BOLT to do likewise in the sixth; profound straight-specialist PRESCRIPTION to lead home PREMIUM RETURNS in the Drumbeat Trophy, to be contested by 16 bottom of the barrel claimers over the straight; and SAGA BOY in the nightpan.