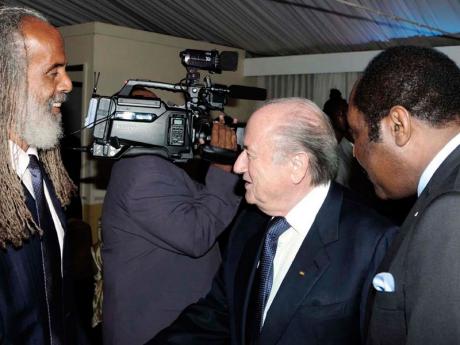 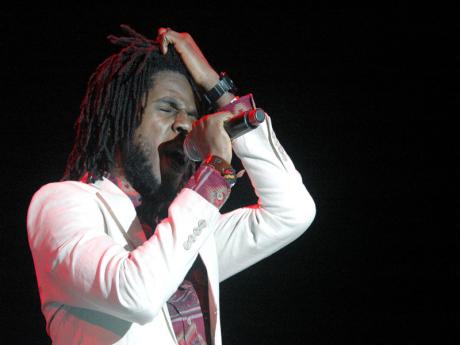 In Behind Curtain, Chronixx pays his respects to Deon Burton, the man who scored four goals in five matches to play a major part in Jamaica getting to the World Cup finals in France in 1998. It is not the only time that he name-checks a footballer of note from many years ago.

And if Burton, whose name Chronixx uses as an example of excellence which is envied ("Dem nuh waah si yuh dribble like Burton"), is a dim memory as a player, then the footballer he mentions in Spurlina is barely a blip on the ball-game radar of younger Jamaicans.

For those who saw him play, though, there has been simply no Jamaican match for Allan 'Skill' Cole before or since.

And, unlike Burton, Cole still has a presence in Jamaica as he lives here. Of course, the aura of his friendship with Bob Marley still remains.

In Spurlina, from his recently released Dread and Terrible EP, Chronixx transfers Cole's prowess from the field of play to the bedroom, as he deejays:

A bokkle a de green an' a it make mi queen

That is a very high level of skill. After all, in September 2010, Cole (who was born in 1950) accepted a plaque from FIFA head 'Sepp' Blatter in recognition of his contribution to the game.

Of course, the level of technology was very different in Cole's heyday. So while there are pictures of him signing to play with Brazilian club Nautica in 1971, the numerous audiovisual clips which would have preserved his legend for following generations to access was simply not there.

But consider that he played for Jamaica when he was a 15-year-old schoolboy, playing against a Brazilian team. Before playing Jamaican club football for Santos and Boys' Town, he was a legend for Vere Technical in the daCosta Cup - although Cole also played in the Manning Cup for Kingston College.

Cole's music connection runs deep with Bob Marley, who he said was very competitive and wanted to do everything that the top-notch footballer could. He was Marley's road manager on the final 'Uprising' tour and there is one story about Marley asking Cole to stay close in case he should collapse on stage after the extent of his illness was realised.

That concert was at the Stanley Theatre in Pittsburgh, Pennsylvania, and was subsequently released as Bob Marley and the Wailers: Live Forever. It was while they were jogging in Central Park, New York, a week before that final concert, that Marley had collapsed.

Cole made celebrity match appearances in the 1980s and also coached Port Morant United and Arnett Gardens at the national club level.

It is an enduring testament to his prowess that, without many clips of him on the field and precious little influence on the national senior team, legend of Cole's ability has lived on to make it into the lyrics of someone about 40 years younger than 'Skill'.