JF-gay hysteria: but do we care about our children? 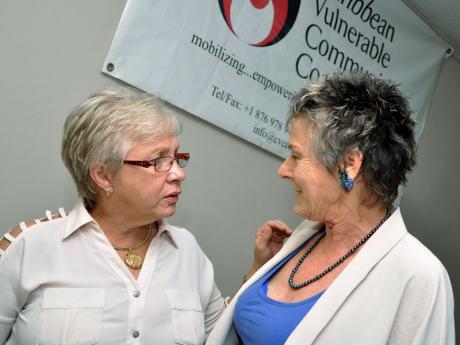 It's the story of the week. The Gleaner exposed what looks like a sinister educational campaign that appears to be sliding in a gay 'agender' through the back door. A front-page story with lots of background work, the fallout was tremendous and the repercussions still being felt.

Advocates for the vulnerable and poor, Jamaicans for Justice (JFJ) was the architect of a sex-education programme introduced into six privately run children's homes. After running for some eight months, it finally leaked like a small infection covered for a period with an unsterile Band-Aid.

In 2004, I warned that if we ran campaigns of lies and exaggeration, we could end up with a straight-on-gay war in one of the most homicidal countries on earth that battles are fought not only using armaments and weapons of mass destruction but, equally, with weapons of mass distraction. Indeed, there has always been a struggle for hegemony by gay-interest groups, with even the nomenclature they have taken to themselves.

Rather than using a neutral term, they appropriated a positive word, 'gay', which originally meant 'joyful, merry and lively'. Similarly, when homophile psychologist George Weinberg introduced the word 'homophobia' in his 1972 book, Society and the Healthy Homosexual, he knew that he was not being honest, but was pushing a particular type of belief system. The gay lobby is no different from any interest group, and one can't blame them for taking any opportunity that they have to further their interest.

One cannot say that JFJ is the front for any group, but as the debonair member of parliament, Raymond Pryce, one of the brightest sparks in Gordon House, declared almost a year ago, non-governmental organisations (NGOs) such as JFJ can "... receive funds in a subversive way that has hidden agendas, and ... those sources of funds come from agencies that are inimical to the way of life of the wider society." Thus, one cannot blame the Freudian slip of my caller on Wednesday as he called it 'JF-gay'.

Fair activism is one thing; sexual grooming and the contribution to the delinquency of minors is another. True, the cues have been given by the prime minister in her 2011 campaign promises, and a June 2013 statement by de facto communication minister Sandrea Falconer about the review of the anti-buggery legislation that, "... it is a matter that will come up in Parliament in short order ...". Indeed, the lobby might have been encouraged by recent comments by Hanna herself.

THE LAW IS STILL FINAL

Despite the arguments, children are not born gay, but learn their orientation through socialisation. Identical twins have produced gay/straight combinations because of subtle differences in socialisation we are just barely learning about. 'Realising Sexual and Reproductive Health Responsibly: JFJ's Pilot Intervention in Children's Homes' was introduced, ostensibly, to "provide marginalised youths in children's homes with rights-based information on sexual and reproductive rights to allow for their empowerment". Some of its contents bear a noticeable similarity to a controversial yanked project sneakily instituted in the Ministry of Education in 2012. Nonetheless, it seems too coincidental that this project was piloted in institutions which are not under the direct scrutiny of the Child Development Agency (CDA), thus the weakest link.

I honestly do not know if JFJ has a gay agenda, and my friend, Kay, a communication whiz, has never advocated a pro-gay perspective. Rather, most of our discussions over the past decade have focused on truth, freedoms and equal rights for all. Still, I have to ask my friend Kay why it gelled eight months before the CDA noticed.

The People's National Party Youth Organisation is baulking with little bite. This is no time for cheap politics, because both political parties have failed our children for years. It took 22 years after our first democratic election before the Status of Children Act was passed. Then it took another 22 years for the age of consent to be raised from 14 to 16, and another 16 years before, finally, an omnibus children agency was created.

There is a bigger issue than a clandestine gay agenda. Governments have never given children front-page attention, have been slow to act, and largely ignored the sociologists and social workers. Any audit of early-childhood institutions will reveal that they have the lowest qualification levels of all government-paid teachers. Examine the Family Court and determine if apart from the university-trained social workers, there is a cadre of persons properly qualified to counsel and mediate. Examine the judges and evaluate if they have the requisite academic and experiential fortitude to be members of the full Bench.

Our most vulnerable children, our greatest resources, need the most qualified and competent administrators at all levels. Fix the children first; the gay issue will resolve itself.