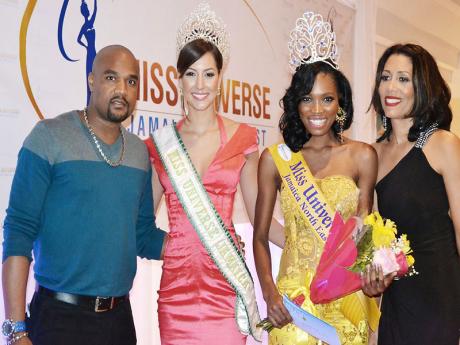 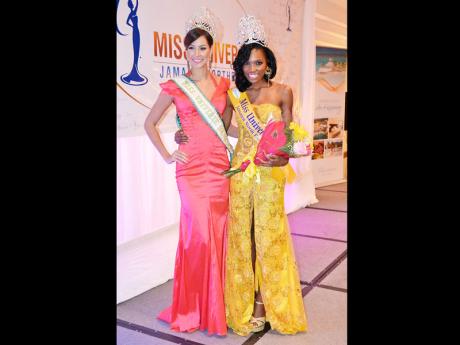 The victory booked Brown a spot in the finals of the Miss Universe Jamaica pageant set for August 30 in Kingston. Kaydian Harty, Miss Scallywags Restaurant and Bar, was first runner-up, and Shantana Folkes, Miss House of D'Marsh, second runner-up.

Along with the crown, Brown also won the sectional prizes for most congenial, beach body and evening wear. Anna-Lisa Gutherie won best skin tone, social butterfly Diamond Sinclair, for most improved, and Gianna Granston, for best smile. The top five was completed by Romika Salmon and Ashley Thomas.

"I'm elated and at a loss for words," a relieved Brown told Outlook shortly after being crowned by Miss Universe Jamaica Kerrie Baylis.

"Right now, I need a milkshake and a burger or something," she added in jest. "But I'm very excited, I'm very happy and I'm ready to start the journey."

A patisserie attendant at the Terra Nova All-Suite Hotel in Kingston, and cheerleading coach at Hydel high and prep schools, Brown will now be focusing her attention on the August 30 coronation, having bypassed the grand elimination set for June 29 at The Jamaica Pegasus poolside.

"For the finals, I have to definitely up my game. It's a whole different ball game, but this is my dream, it's what I want, so I'm ready. It's hard work, but I'm ready."

Pageant franchise owner Karl Williams, who was on the panel of six judges for the event, was pleased with the pageant and the eventual winner. "I thought it was a good turnout and I'm very pleased with the winner, she has a great body, personality, and she's a bright young woman. I think she will do pretty well in the national finals."

Williams, who is in his second year as franchise owner, expects that the eventual winner will represent Jamaica very well at the international finals.

"We are definitely working to get a winner for Jamaica," Williams stated.

The Miss Universe Jamaica North East coordinator, Shelle Parchment-Tweedie, must be proud of a job well done as the event was well supported. The event was well produced with a spectacular opera-themed opening featuring the dance group Xtreme Pushers and Jamaican tenor Rory Baugh.