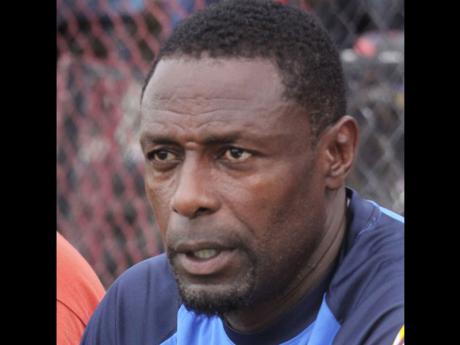 The match which kicks off at 5 p.m. will be played in Manaus. The Americans will enter today's contest oozing confidence, following their 2-1 victory over Ghana in their opening game. On the other hand, Portugal were thrashed 4-0 by Germany in their opening match.

Waite said the Americans have shown that they have depth and quality in their side to compete against the top teams in the world.

"I expect the United States to win this game 1-0," said Waite. "The teams from CONCACAF are doing extremely well. The United States have found their rhythm and form," he said.

"Portugal's Cristiano Ronaldo is a shadow of himself due to the fact that he is carrying an injury, and so this may hamper Portugal's chances of progressing out of this zone," said Waite who is also the coach of Premier League outfit Arnett Gardens.

Meanwhile, veteran football coach Geoffrey Maxwell believes that Portugal will come out on top over the Americans in today's encounter.

He added: "I expect the United States will give them a very hard game because Juergen (Klinsmann) has a lot of experience, and so it is a game that could end up with a lot of goals, but I am going with Portugal for the victory."

Maxwell is also backing Belgium to get the better of Russia in their Group H clash, which starts at 11a.m.

"The Belgium versus Russia game will be a tricky one," Maxwell said. "Belgium are supposed to be one of the favourites, but then you have a very cool (Fabio) Capello, who coaches Russia. On paper I would say Belgium, but I think it is tricky one to call."