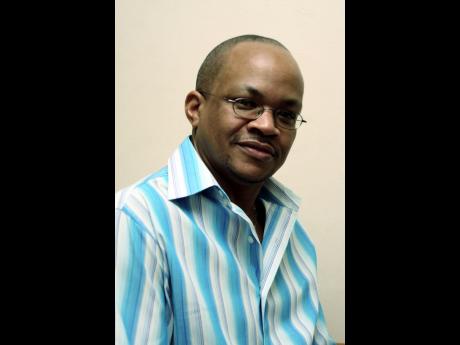 I clearly remember the day I learnt about sex and how babies were made. My
eldest sibling, my sister Georgia, sat on the verandah at my parents' house
with her young son and told me that her genitalia united with her husband's and
that the little terror in front of me was the result. I was traumatized.
Horrified. Disgusted. And this was just last year.

Okay, I was actually in preparatory school at the time but I remember it like
it was yesterday. My parents never spoke to me about sex, although I suspected
that they were doing it, otherwise I would not be here. Plus, the 'test tube'
baby thing had not yet been established. When I confronted my mother about this
formidable gap in my education, she responded by saying that she told her
friend Everlyn to give me a book entitled "On Becoming A Man" which
would tell me all that I needed to know. What a cop out.

Now, as a father, I am facing the task of teaching my own children about the
birds and the bees and I realize that one has to strike a balance between the
tendency to want to protect them and the realization that they may be exposed
more that we would like to acknowledge.

Our
children are bombarded with so much sexual content nowadays courtesy of the
internet, smart phones, cable television, video games, popular songs, music
videos and pirate DVD vendors who openly display videos with graphic pictures
on their cases. As a result of this mass exposure, conversations that I thought
that I would have with my daughter at age 16, I found myself having with her at
age 10.

And the questions come from nowhere.

I
remember picking up my daughter from school when she was in first form, and all
of a sudden this question came from the back seat of my car: "Daddy, what
is a ménage a trois?" I maintained my composure, answered the question and
just kept on driving.

What
is more interesting, and disturbing, is learning things about sex from your own
kids. On another trip home from school I received this question from the back
seat: "Daddy, do you know what a rainbow kiss is?" I was afraid to
ask, but I mustered up the courage, and the response blew several gaskets in
the engine of my brain.

I do
not think that it would be appropriate to give graphic details in this forum,
but let's just say that it involves oral sex, menstrual blood, semen and
kissing. When asked to reveal the source of that information, she replied that
she heard about it from some girls at school. We subsequently discussed the
activity and agreed that it was gross and unhealthy and that neither of us
would ever do it. EVER!

The "ignorance is bliss" concept is not a desirable one when it comes
to children and sex. I recently met a woman who recalled a traumatic incident
in her childhood. Her parents told her nothing about sex, only that she must
not walk with boys on the road. One of her father's friends took a liking to
her and asked her if she was a virgin. The only virgin she knew about was the
Virgin Mary, and realizing that she was nothing like Mary, said "no".

On
another occasion he asked her if she took "the pill". As far as she
was concerned, whenever she had a headache she took pills, so she told him
"yes". He subsequently had sex with her, impregnating her in the
process.

The availability of information has made what was 'TMI' in the past age
appropriate today. For those of us who are parents and guardians, it is our
responsibility to answer our children's questions openly and honestly and
empower them with information that will equip them to make healthy choices
regarding their sexual health as they enter adulthood.

Dr. Michael Abrahams is a gynaecologist   and
obstetrician,  comedian and poet. Email feedback to
columns@gleanerjm.com and michabe_1999@hotmail.com, or tweet
@mikeyabrahams.