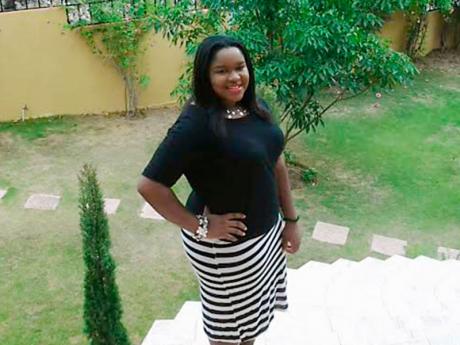 From a four-page weekly publication issued on Saturday, September 13, 1834, The Gleaner stands today as a multi-sectioned broadsheet newspaper capturing the readership of many such as Arielle Brown.

The first-year law student gleefully spoke of how she came to know the newspaper, which she reads avidly.

"My earliest recognition of The Gleaner goes back to Sunday afternoons as a child," Arielle said. "On my way home from church in east Kingston, stopping at the same stop light I purchase from today, at the intersection of Mountain View Avenue and Old Hope Road, my parents would motion to the Gleaner vendor, with whom we had become familiar, to sell them a newspaper."

Arielle, being a stickler for information, began her journey on the Gleaner path from her days at Vaz Preparatory School.

"I can vividly remember myself as a child, anxiously waiting every Friday to purchase the Children's Own at Vaz, where my friends and I would read through the paper in our break time; look through the birthday club pictures; play the spot the difference game; or look for pen-pals."

A nostalgic Arielle recalled: "I can't say that anyone really helped me to read The Gleaner. I was always mature for my age. When my friends would watch Disney channel and other shows for children, I'd be interested in watching the news with my parents. This fervent interest in my country's affairs is why I sought to explore The Gleaner, which I found could supply me with a wealth of knowledge - and still does."

"A recent article by Martin Henry under the headline 'Shall Patterson and Golding lecture us now?' - while others would laud the former prime ministers for taking the initiative to address the country, and realising that the country needs serious reform principles and deliverables, Henry, while not disputing the need for serious reform and deliverables, highlights the fact that these ministers were given the opportunity to deliver and forsook said opportunities. Henry is not at all minimising the need for the advice but suggests that the advice is somewhat hypocritical."

"The Gleaner has been a stalwart in Jamaican journalism, and for 180 years, has maintained a high standard, professing unwavering credibility," she said.