British Airways flies couple to Caribbean instead of Spain 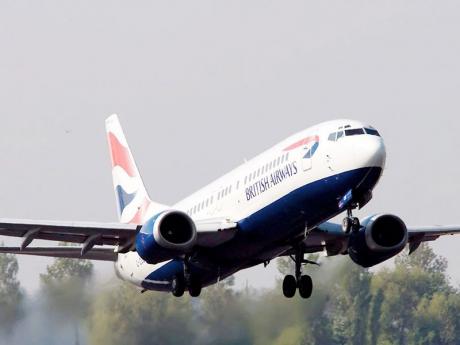 An American dentist says he is suing British Airways (BA) for US$34,000 for flying him to Grenada in the Caribbean instead of the Spanish city of Granada.

After two years without a holiday and a lifetime of longing to see the architectural treasures of Granada, Edward Gamson felt he could at last relax as he sat back on a British Airways flight en route to the capital of Moorish Spain, according to the British Independent newspaper.

The newspaper said that it was only when Gamson and his partner glanced at the electronic map on the in-flight entertainment system and noticed their plane was heading west out of London that they became concerned something was not right.

The newspaper reported that some nine hours later, the pair found themselves not among the arabesques of the Alhambra Palace but 4,000 miles from their intended destination, on the Caribbean holiday island of Grenada.

It said the mix-up initially resulted in apologies from British Airways staff on board the flight, and a promise that the couple would be put on the plane's return trip to Gatwick Airport, London en route to Granada.

Instead, the Independent said they were subjected to a further three-day ordeal, which resulted in them never reaching Spain, and a refusal by British Airways to reimburse their £2,650 first-class tickets.

"I made it absolutely clear to the booking agent I wanted to go to Granada in Spain. Why on earth would I want to go to Grenada in the Caribbean if I was flying back to America from Lisbon?" said Gamson.

"It's just so sad. A trip we had been really looking forward to was ruined and BA won't do the decent thing?" he added.

According to the legal complaint filed by Gamson, the electronic tickets referred only to 'Grenada', without showing the airport code, destination country or flight duration.

But the Independent alleged that BA is resisting Gamson's damages claim.

Earlier this month, a US judge rejected the airline's attempt to have part of his lawsuit struck out; the claim will now head for a full hearing.