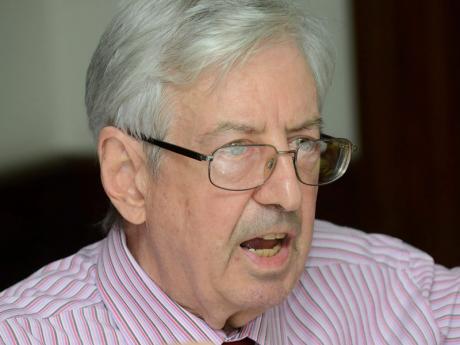 Justice Minister Mark Golding has unveiled a package of proposals for the reform of the ganja laws. Rightly, he described the need for reform as a human rights issue. Our human rights are defined in the Charter of Rights, which is part of the Constitution of Jamaica. In my opinion, the present ganja laws violate many of those rights, and my quotations below are from the charter.

The right to "liberty and security of the person" is violated if persons suffering from epilepsy, glaucoma, multiple sclerosis and other serious diseases are unable to obtain ganja, which is needful for their health without risk of arrest and imprisonment. This was the ruling of the Ontario Court of Appeal in the case of Terrence Parker, who cultivated ganja in order to treat his epilepsy. The decision opened the way to making medical marijuana legal in Canada.

The right to "freedom of religion", which includes the right to "manifest and propagate" one's religion, is denied if Rastafarians are unable to use ganja as their sacrament because of the absolute strictness of the present law.

The right to "respect for, and protection of, private and family life, and privacy of the home", is violated by a law which penalises both the homeowner and the user if ganja is smoked in a private living room or grown in a private yard.

The right to "protection from search of the person and property" is violated every time the police search a house, or a car, or a person's body on suspicion of possessing ganja because although the ganja laws allow such searches, any law which abrogates charter rights must be "demonstrably justified in a free and democratic society". How can it be justifiable to allow a person to carry a bottle of rum or a pack of cigarettes but not a bag of ganja?

The Government has made five proposals. First, possession of two ounces of ganja or less will become a "ticketable infraction", leading to a fine but not arrest or a criminal record. This begs a number of questions. Will the two ounces be seized by the police officer who issues the ticket? What about the person who grew the plants from which the two ounces came? What about the seller who supplied the two ounces? They will continue to be liable to three years' imprisonment.

Second, possession of ganja for therapeutic purposes as prescribed by a doctor, or for the purposes of scientific research, is to be "decriminalised". This means that you could still be charged with possession but you could raise such a purpose in your defence. The burden of proof will be on you. If you do not have a prescription, but just grow your own herb to make your own medicinal ganja, as Terrence Parker did, you would have no defence.

Third, although the minister's statement recognised that the religious use of ganja "ought not to be criminalised", the remedy proposed is once again to make possession for religious purposes a defence, which a defendant can raise once he or she is charged. And the people who grow the herb that is used in the religious ceremonies will have no protection.

Fourth, the smoking of ganja in private places and the possession of pipes and other utensils for smoking will no longer be offences. Although this is good, it gives rise to the anomaly that the grower who cultivates ganja for smoking, and the dealer who provides it, remain criminals and can still be arrested.

Fifth, the existing criminal records of persons convicted of possessing small quantities of ganja or smoking it will be expunged "upon application to the Criminal Records Board". One of my strongest objections to the present law is that it makes criminals out of people who have harmed nobody, blighting their prospects for employment or travel. So I welcome this proposal. But why make it necessary for the convicted person to apply, rather than just wipe out the record?

All in all, these proposals need considerable amendment if they are to meet the goal of upholding human rights. Better still, let us follow Colorado and Uruguay - remove the stigma of criminality from those who grow and use the ganja plant, and legislate for a system of licensed distribution from which our people can truly benefit - medically, spiritually and economically.

Lord Anthony Gifford, QC, is an attorney-at-law and a director of the Ganja Law Reform Coalition. Email feedback to columns@gleanerjm.com and anthony.gifford@btinternet.com.