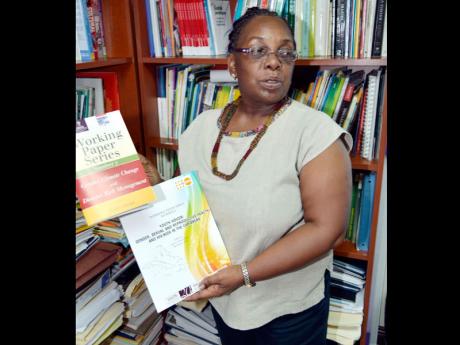 Dr Leith Dunn: Individuals think that they may be going to work in a massage parlour and then they are trafficked ... they are victims of sexual exploitation. 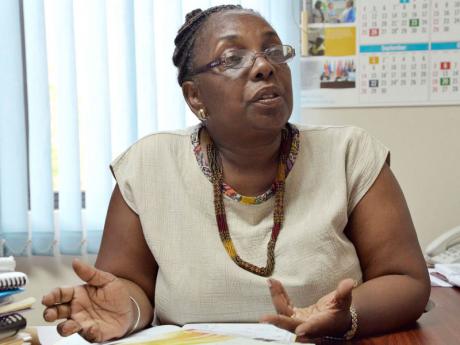 Dr Leith Dunn: Individuals think that they may be going to work in a massage parlour and then they are trafficked ... they are victims of sexual exploitation.
1
2

ON THE HEELS of a scathing report by the United States Department of State about Jamaica's efforts to combat human trafficking, a leading local researcher has raised concerns about the rapidly growing number of massage parlours that have sprung up across the country.

The concern for Dr Leith Dunn, head of the Institute of Gender and Development Studies at the University of the West Indies, is that more young women who are seeking employment in these parlours are being forced into having sex with clients.

"Individuals think that they may be going to work in a massage parlour and then they are trafficked ... they are victims of sexual exploitation," Dunn explained.

"Years ago when I did the first study for the ILO [International Labour Organisation] on children in prostitution, there were relatively few massage parlours. Over the years we have seen the number mushroom," she added, although unable to give a number.

A large number of these massage parlours are located mainly in the Corporate Area and along the Port Henderson strip, better known as 'Back Road', in Portmore, St Catherine, oftentimes advertising in the media the many services they provide.

Senior Superintendent Clifford Chambers, who heads the Organised Crime Investigation Division (OCID), agreed that a majority of these establishments are really "sex shops" and said the police have put measures in place to close them down.

One of those measures, according to Chambers, is 'Operation Fix It', an ongoing initiative that sees police personnel going into some of these parlours undercover.

The result, he said, is that more than 20 persons have been arrested for prostitution in Kingston, St James and Negril. Chambers noted that among those arrested is attorney-at-law Lennox Gayle who allegedly operated a nightclub where seven of the women were held. He said investigators are also searching for the alleged mastermind behind the Kingston-based 'sex shop' where 11 of the women were held.

"We have several cases before the courts and the operations will continue as we intend to eradicate this practise from our shores," the OCID head insisted.

In its 2014 US Human Trafficking Report, the US State Department criticised Jamaica for not recording a single conviction for the offence over the past five years and downgraded Jamaica from a Tier-2 ranking to Tier-2 Watch list.

Dunn said she was bothered by Jamaica's downgrade, noting that a lot had been done locally to increase awareness about human trafficking.

She also jumped to the defence of local law-enforcement authorities, pointing out that they cannot get convictions if victims do not come forward.

"People who are victims of trafficking or who may see things relating to trafficking may be reluctant to report it. The police cannot get a conviction unless there is evidence, and I think that is one of the factors that remain a challenge," she reasoned.

The Tier Two Watch List ranking means that Jamaica is not doing enough to comply with the minimum standards to eliminate the trafficking of people, but has taken steps to address the problem.