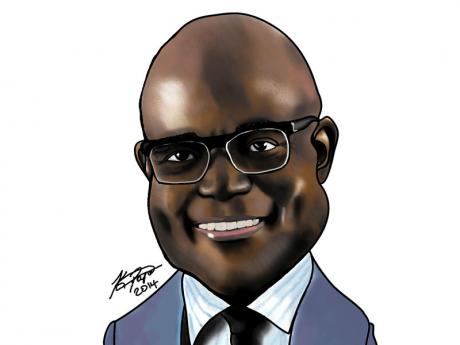 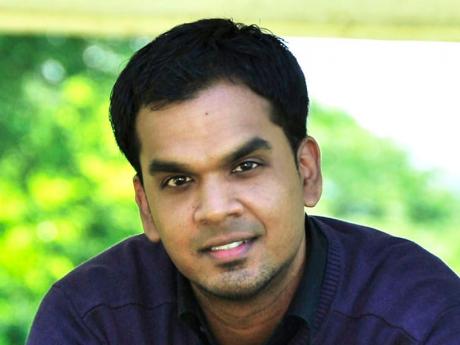 When you're sitting across a table from Brian George, president and CEO of Supreme Ventures, you might get the urge to sit up straight. The bespectacled George has a professor's demeanour and when he asks a question in his thick Trini accent, you'll perhaps consider raising your hand before responding. "You've been following the World Cup?" That was all he asked, yet my gut reaction was to present an abstract, introduction, discussion, conclusion and references. Happily, I can report that I gathered myself in time to respond more casually.

As it turns out, George, who attended school in the United States, isn't as keen on our brand of football as he is on the American version. That was the first thing that surprised me when he and I met up for lunch last week Thursday in New Kingston.

I asked him what he wanted to do for a living, when he was a child.

"I wanted to either become a pilot, a music conductor or a priest," he said, smiling wryly. Two of the three options would perhaps seem laughable to some who know the grown-up George but, as he explained it, they weren't all that bizarre.

"I grew up in a musical home. We used to say that even the sewing machine was a Singer," he joked. He said, as a child, he enjoyed classical music and the process of getting all the instruments and sections to work together to make ear-pleasing sounds. And it isn't too dissimilar to what he does for a living today.

"I believe that no CEO should fail to see himself as a conductor. It is your task to get an organisation to function in a unified direction to deliver the tune. Different persons will have different competencies and be talented in their own ways. It is the CEO's task to get them to work together to make the tune. In that way, my childhood dream of being a conductor has translated into my role as a CEO," he said.

He said he also grew up Anglican and, as a youngster at home in Trinidad, he would attend and participate in church services regularly. He also knew many priests whom he admired.

"The priests were allowed to get married and to socialise in different ways. So, for me, back then, being a priest did not seem very restrictive."

His desire to become a pilot is being realised. He has started flying as a hobby and is loving it as much as he thought he would when he was a boy. It's one of his favourite things to do that doesn't involve work. "I love a good 'lyme'," he said. I don't like crowds. Of course you do what you must by attending cocktail parties and so on, but I don't like crowds. A small 'lyme' with friends playing All Fours. That's a card game that's popular in Trinidad. I would sit and play All Fours all night," he said.

This more relaxed side of the CEO might be unfamiliar to some of his colleagues and employees. George has a generally warm disposition, but he is also a straight talker, who rarely backs away from a debate.

"If you met my family you'd understand why. I enjoy a good debate. That was how I grew up. In my family we were always challenging each other. We weren't trying to prove anything. That was just how it was."

A colleague once told George that he was 'as happy as a lark', to which, of course, the CEO responded: "Well, how do you know larks are happy?"

His penchant for challenging people and ideas is a big part of how he runs Supreme Ventures. He encourages his employees to be as bold as he is when it comes to presenting their ideas. "I hate suck-ups. I just have no time for that," he said. If you are going to challenge him, though, you'd be well advised to come prepared. "If you are going to debate me on something, I do expect you to be ready to do so fully. I expect you to defend your position. I might not agree with you but I will respect you if you are able to make your point."

He doesn't pay much attention to formulating a management style, per se. "I am who I am. What you see is what you get. I don't think about having a certain style. I just do what I can the only way I know how," he said.

But the way he runs Supreme Ventures is, in fact, inspired by his past experiences. "I've learnt more from managers I didn't like than from the ones I did," he said. "I got to learn what I did not want to be like. In that way, they were very helpful," he said. "One of the biggest professional mistakes I made was not knowing how to manage my managers. And I once got fired for it. Having a boss involves skills, diplomatic skills in knowing how to deal with personalities. You have to know how to convince people and to do so appropriately."

It's not the only bad experience that George has managed to turn into something positive. His high school physics teacher in Trinidad wrote on his report card, 'Brian wants to grow up to be a clown'. "Success is the best revenge," said George. So it must have been invigorating years later when George would return to visit the school as a successful CEO.

"I've learned different things from different people at different times. I could say that I was inspired by Einstein or Nelson Mandela or someone like that. And these are great men. But the truth is that others closer to me have had a greater impact on me."

George said the physics teacher he had when he moved to the US was admirable. "He was someone who knew a lot about many different things. He had many interests and so he could hold a conversation on a number of different topics. I liked that and I knew that I wanted to be like that when I got older," said George.

He knows there are changes coming to the gaming industry and is excited to face them. But don't ask him about his long-term plan.

"I don't use five- or 10-year plans. I think that when you do that, it is easy for you to get into a tunnel vision, focused only on what you intended to achieve at the beginning and ignore greater opportunities that might come up along the way."

George said the best part of his job is watching the growth of his employees. "I have a passion for teaching and mentoring. So when I see my employees, who I have challenged to be their best along the way, fulfilling their potential, that makes me very happy. I love watching the development of employees," he said.

I asked how he stays motivated. "By never accepting that things are going well or that they can't get better. Once you get complacent, then others will, too, and then standards will fall. You have to always challenge yourself and your employees to raise the bar."

As head of Supreme Ventures, George must have come into contact with many people on the cusp of an extreme life change. Winners of lottery jackpots surely have inspiring stories to tell. But it was an encounter with a less-than-jubilant winner, sometime after the jackpot was paid out, that made the greatest impact on the CEO.

"This was a winner of one of our large jackpots. I remember speaking with him and seeing the pain in his eyes when he told me how the money impacted him," said George. That winner was a victim of unrealistic expectations by friends and family, who came to see him as little more than an ATM.

"Money changes people," said George. "Sometimes winners have difficulty fitting in and adjusting to life with the money. For every bad story, there are three or four positive ones, though," he said.

I asked him what advice he would give to jackpot winners. "As a rule, we don't offer financial advice to winners. But if a winner asked me for advice, I would tell him what I remind myself every day, and that's to never forget where you come from. There might be tough decisions to make, but just be true to yourself and always remember where you come from," he said.