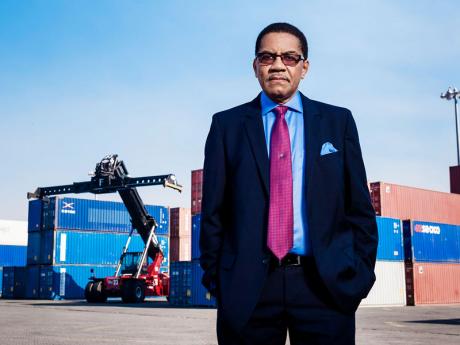 Shareholders of the Kingston Wharves Limited Group (KWL Group) were briefed at its annual general meeting (AGM) earlier last Wednesday on the advancing plans for the company's launch into full-scale logistics hub operations. Coming out of a record financial performance in 2013, where the KWL Group posted operating profits of more than $1.5 billion, its board of directors provided details on the initiatives expected to propel the company into a new period of sustained growth. Grantley Stephenson, the company's chairman and CEO explained that KWL's strategic thrust is to grow its international business while simultaneously leveraging its assets and traditional capabilities.

Positioning the planned upgrade of its physical plant as key to achieving its strategic goal, Stephenson said the KWL Group plans to introduce post-panamax cranes to its equipment fleet during 2014 ,as well as undertake significant redevelopment of its warehouse operations using best-practice models and technology. Another major development in the company's next steps is scheduled road closures in the Newport West community following stakeholder sensitisation. This move will facilitate the extension of Kingston Wharves' port boundary and Free Zone area, in effect expanding the availability of space for trans-shipment, modular warehousing, and manufacturing for the export market.

Stephenson boasted about the company's success as a niche services port, stating that Kingston Wharves was an already established regional specialist in global automobile transshipment and a hub for leading feeder lines, allowing for direct shipment to ports across the Americas.

Speaking to its subsidiary, Security Administrators Limited, Stephenson added that the group is a leading private provider of maritime and port security services and provides specialist anti-narcotic vessel security to a global standard.

The KWL Group was represented by its full complement of directors and senior managers at the Jamaica Conference Centre, which hosted the AGM.