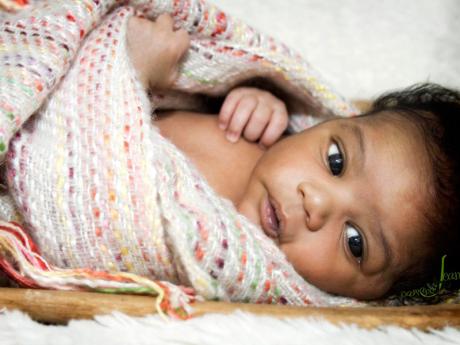 2015 will mark the centenary of the Kiwanis movement, and it is hoped that in the year of our 100th anniversary we will be successful in eliminating the deadly disease, maternal neonatal tetanus (MNT) - a swift and painful killer disease that killed 58,000 newborns in 2010.

Kiwanis International, through the Kiwanis Foundation, is partnering with UNICEF to make a positive difference in the world, on behalf of unborn babies of pregnant mothers who, if not immunised, will die within minutes of their entry into the world.

This is not the first time the Kiwanis family and UNICEF have jointly tackled a project for children, globally.

In 1994, Kiwanis and UNICEF joined forces for a worldwide service project to virtually eliminate Iodine Deficiency Disorder (IDD). this disorder is the world's leading cause of preventable mental disability. The project raised more than US$105 million. More than 103 countries are currently benefiting from these funds, which contribute to improving the lives of millions of children who, happily, are born free of IDD.

The Eliminate project is a global one aimed at complete eradication of this preventable disease, which kills mothers and newborns in the world's poorest regions.

The goal of the foundation is to establish a campaign that will raise US$110 million to save our children in 45 countries affected by this tragic disease. This will be Kiwanis Foundation's biggest campaign aimed at preserving the lives of children worldwide.

Tetanus (lockjaw) is an infectious disease caused by the bacteria clostridium tetani, which is found in soil, dust and animal faeces. Objects, instruments and hands may come into contact with the bacteria. The nurse or attendant may cut the baby's umbilical cord with an unsterilised instrument. The bacteria then multiplies and produces a deadly toxin (tetanospasmin) that attaches to nerves around the open wound. The nerves transport the toxin to the brain, or spinal cord, or both, interfering with motor nerves that control the muscles. The effect of the toxin on the motor neurons can cause muscle stiffness and spasms - the major signs of tetanus.

This is extremely painful for newborns who, when infected, suffer repeated, painful convulsions; the mother is unable to touch or hold her new baby!

UNICEF has already eliminated MNT in 20 countries. However, 25 countries in Africa, Asia, Europe and North America are yet to have this dreaded disease eliminated. These countries have little or no access to good health care, because of poverty, living in remote areas and delivering newborns under extreme unsanitary conditions.

Here are the alarming statistics:

One baby dies every nine minutes from tetanus (lockjaw)

160 babies die each day from tetanus

A series of three doses of the tetanus vaccine will provide immunity from tetanus. US$1.80 will provide the inoculation of these three vaccines that will protect mother and baby. Imagine, less than J$200 (the cost of a beer) will help save the life of a newborn!

Thankfully, in Jamaica, this is not an issue. Unfortunately, our neighbour Haiti is affected and attention will be directed there to provide vaccines to mothers of childbearing age in an effort to stem mortality rate of newborns and mothers.

The members of the Kiwanis Club of Westmoreland Capital remain resolute that we will live up to our defining statement of being volunteers dedicated to changing the world one child and one community at a time.

We are making an appeal to corporate Jamaica and individuals to assist us in helping the Kiwanis International Foundation reach the target by 2015.

To eliminate MNT from the Earth, more than 100 million mothers and their future babies must be immunised. This requires vaccines, syringes, safe storage, transportation, thousands of skilled staff and more. It will take US$110 million and the dedicated work of UNICEF, and every member of the Kiwanis family.

If you are moved by the alarming facts, and the dedication of UNICEF and the Kiwanians, who are working assiduously to achieve the target, and would like to contribute, please make your donations to:

The Kiwanis Club of

The Royal Bank of Canada

Christine A. Davidson is the distinguished president and Eliminate chairperson of the Kiwanis Club of Westmoreland Capital; email: yourhealth@gleanerjm.com