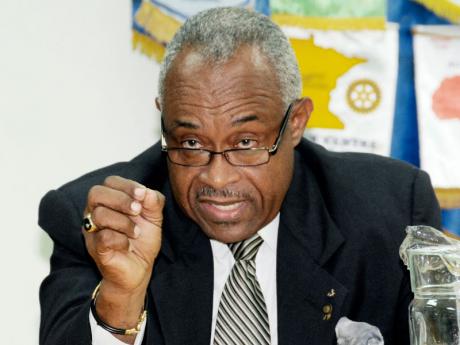 The Betting, Gaming and Lotteries Commission (BGLC) is facing a firestorm in gambling circles over the quality of due diligence it has been conducting before granting gaming licences.

The concerns follow confirmation by The Gleaner that one of the principals of a company granted a licence to operate lottery games was found liable in a civil suit one year before the licence was granted.

"It is a worrying development and one that raises several questions about the role of the BGLC, particularly at a time when the international community is paying close attention to gaming entities operating in countries like Jamaica," said a major player in the gaming industry, who asked not to be named.

"I would not want to comment on this particular case, but the BGLC is mandated to conduct a proper due diligence, and if that has not been done, then it should answer to the people of Jamaica."

Documents obtained by The Gleaner confirm that Pradeep Vaswani, a principal in the firm Goodwill Gaming Enterprise Limited, which was granted a lottery licence three years ago, was found liable in a civil suit in Aruba less than one year earlier.

But the BGLC was not aware of that fact, despite having conducted what it said was extensive due diligence locally and overseas.

"Our due diligence reports did not reveal any such thing," executive director at the gaming commission, Andral 'Jack' Shirley, responded when the case, which was ruled on in the Court of First Instance of Aruba on November 10, 2010, was brought to his attention.

According to Shirley, if the civil case raised concerns pertaining to the integrity of any of the principals, that person would have to be removed for the licence to be granted "if the thing had anything to do with perhaps dishonesty, but we do not have that knowledge".

He argued that with the BGLC hiring out the task of due diligence to private investigators, it was not impossible that something could have slipped through the cracks.

"It is possible because they are investigators as we do not do the due diligence ourselves. We use external experts, especially when the person could have resided outside of our jurisdiction," said Shirley. "We have an international firm that we engage to do the due diligence exercise."

But the BGLC also did not follow international best practices by conducting a public hearing as part of the due diligence.

"This is a routine matter in all modern gaming institutions. It is through this medium that things like the Aruban case would come to light because objectors would crawl out of the woodwork, including the other litigant in that case, to file their objections to the licence being granted," said the Gleaner source.

"No regulatory body can investigate and find out everything good or bad about an applicant. It is at properly advertised public hearings that you invite persons who may know something relevant to come out with it, and the allegation can be tested at the hearings.

"I think that our present regulatory processes are jokes and not at all geared to proper due diligence in today's computerised world," added the source.

The BGLC had indicated to The Gleaner that despite having granted the licence, if it investigates the new information and finds that a major player in the company has serious clouds hovering over his or her character, steps can be taken.

"Subsequent events can lead us to revoke, terminate, or suspend a licence based on the Betting, Gaming and Lotteries Act," said Shirley.

"We will try to do our discreet investigations until we think it is appropriate to approach our client, but we would not just ignore it.

"I will pass it on to my senior investigators in our enforcement division who conduct these activities and tell them that there is word about that something has happened and they perhaps might want to do some further investigations," added Shirley.

When contacted, Vaswani told The Gleaner he was not concerned that the civil case could force him to distance himself from the company.

"It was a commercial matter and it was very simple and it was dealt with. I adhered to everything that was put forward," said Vaswani.

Goodwill is now seeking vendors as it prepares to start operations despite the worrying signs surrounding the due diligence and indications from the BGLC that the company has some outstanding information to provide.

"They had a licence already, but every now and again, we approach our licensees to update our records, and it is out of that process we asked for certain information, which we are awaiting," Shirley told The Gleaner.

"Until we get that information, even though they have a licence, they will not be able to start operations."