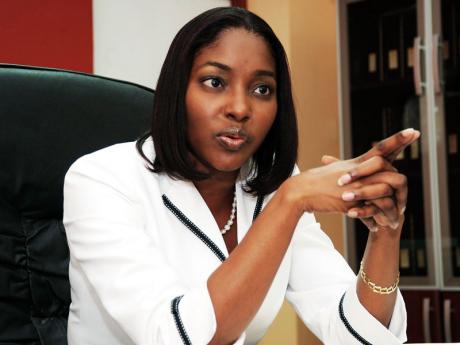 THE MINISTRY of Finance is yet to indicate how it will be seeking to further amend the Financial Administration and Audit (FAA) Act to make the commencement date for the new law applicable in April 2015.

At the same time, the ministry has given no indication about when it intends to table the necessary regulations in Parliament to guide the auditor general as to whether the holdings of entities such as the PetroCaribe Development Fund and Petrojam are to be excluded from the country's debt stock.

Auditor General Pamela Monroe Ellis, in her report to Parliament on the Fiscal Policy Paper (FPP), which was tabled 16 days after the law to further enhance the country's fiscal rules came into place, said because the debt-to-GDP (gross domestic product) projections being presented in the FPP for the 2014-15 fiscal year are not in keeping with the definition of public debt, she is not able to determine how the Government will achieve the stipulated debt-to-GDP target.

Under Jamaica's agreement with the International Monetary Fund, the country must, among other things, achieve a debt-to-GDP ratio of at least 60 per cent by 2026. The enhanced fiscal rules, legislated in the FAA, place a responsibility on the minister of finance to ensure the target is met.

The FPP appeared to have been prepared in keeping with the old fiscal rules, which became invalid on April 1.

In her report to Parliament, Monroe Ellis said there is a difference between the definition of public debt in the FAA (Amendment) Act 2014 and the coverage of the public debt being presented in the FPP.

However, the FPP refers to the stock of public debt directly contracted by the Central Government, Bank of Jamaica debt and Government guaranteed external debt.

"I have to follow some legal provision in order to do my review. Unfortunately, the provisions which I am required by law to comply with are not embedded in the FPP that was tabled on April 17," Monroe Ellis told The Gleaner.